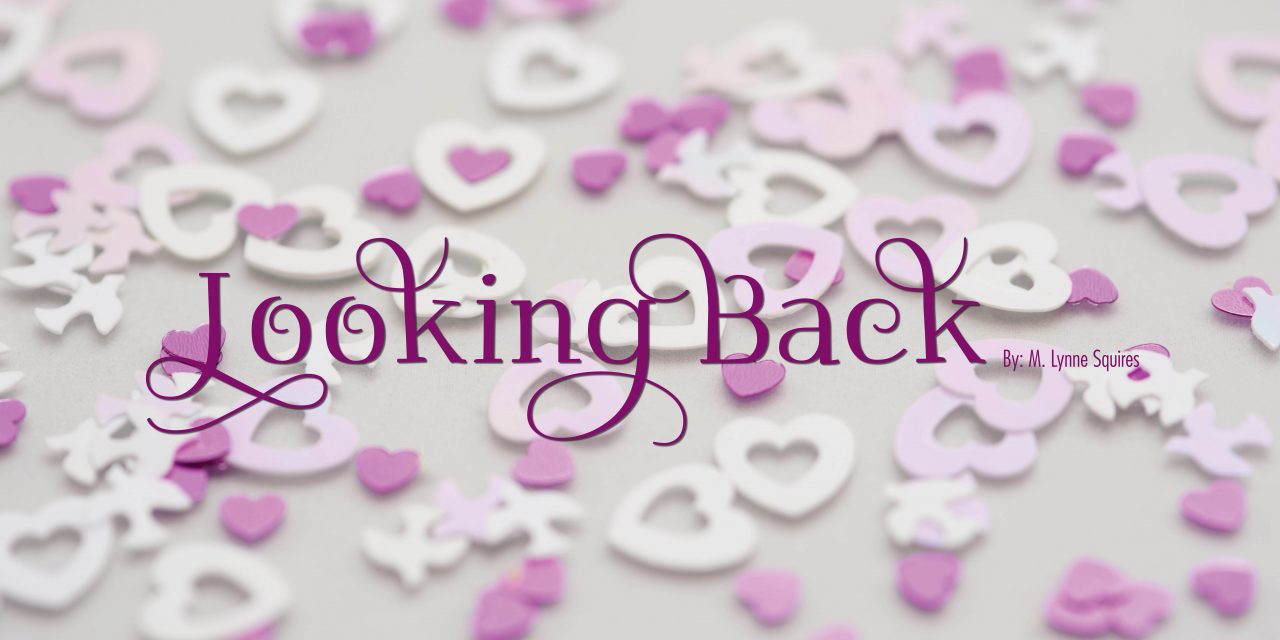 Looking Back​ at Maple Terrace Apartments 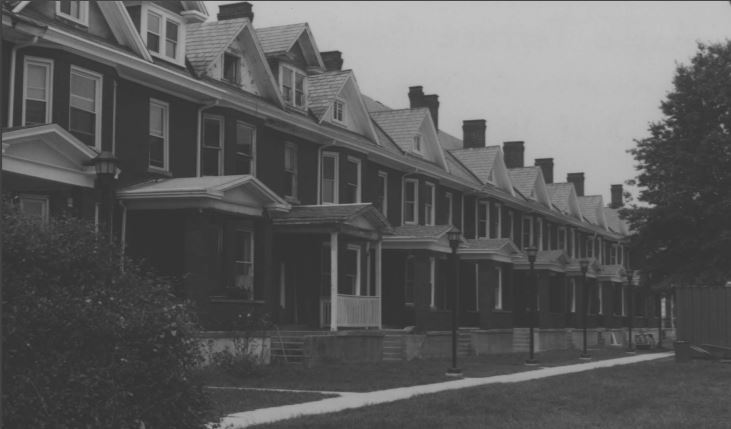 Charleston’s East End is peppered with apartment buildings and row houses built over 100 years ago. They were erected to accommodate the rapidly growing housing needs after the State Capitol was moved from Wheeling to Charleston. The previously gradual slow-growing city of Charleston became a hub for industrialization, government, and business. The East End, with its close proximity to downtown, the Capitol, schools, and hospitals, responded with the construction of homes and apartments that were home to many of Charleston’s most prominent residents.

By 1912, plans were underway for a new hospital in the East End. In response, a group of prominent city residents drew up plans to develop a tract of land to meet the demand for new housing.  In 1913, the new 45-bed McMillan Hospital opened at the corner of Lee and Morris streets. Over a dozen local individuals agreed on a plan for multi-family housing that would also include green space in front of each unit. Maple Terrace was constructed in 1914, and the adjacent three-story, 12-unit apartment building, Walton Apartments, was built in 1924.  Two other apartment buildings, Fairfax Hall and Madison Hall were also constructed nearby but were later demolished.

The row of 2 and 1/2 story brick townhouses is located between Lee Street and Quarrier Street, situated in a north/ south orientation. Maple Terrace was originally built in the heart of the growing residential area. But as the downtown commercial district spread east, the complex now sits at the western edge of the East End neighborhood.

Maple Terrace was designed in the Colonial Revival style. The units had slate-shingled roofs with gabled dormers. The concrete foundation was scored to resemble cut stonework, and the units had brick front porches and brick chimneys. Brick corbeling is one of the most noticeable exterior detailing. The floor plans of Maple Terrace also reflect 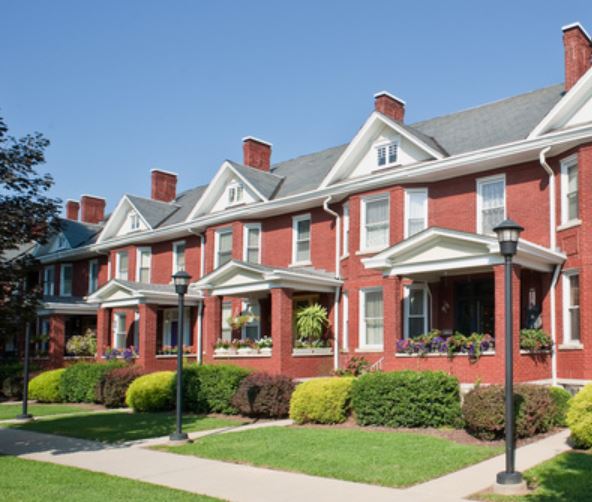 Colonial Revival design with an asymmetric layout and entry hall with main rooms to one side. Built with differing sizes and configurations, there are efficiency,  one, two, and three-bedroom units. Unlike many other apartments and attached housing units built in the same era, Maple Terrace units have full basements. Several design features such as the brick building faces, the bow windows, and other exterior trim features were echoed in nearby buildings constructed after Maple Terrace.

A similar neighboring apartment complex was Arlington Court. It originally consisted of two 1 and 1/2 story 9-apartment buildings. Located a block east, it was very similar to Maple Terrace’s layout and design. Maple Terrace, built the year after Arlington Court, added upgraded design elements, but both complexes were of the same north/south orientation, with their north end unit facing Lee Street.

Other housing units sprang up around the same time. Tudor Court was constructed on Quarrier Walk, a walkway between Virginia and Quarrier streets in the 1500 block. The nearby Argonne Apartments and many others are still standing today.

Multi-family residential apartments like Maple Court and others represent a movement set in motion to alleviate the era’s housing shortage in the East End neighborhood.

Next month, Looking Back travels a few miles west to Institute to visit the West Virginia School for the Colored Deaf and Blind.

Email your responses about​ the Maple Terrace Apartments
or requests for locations you’d like Looking Back to
visit to thewriter@mlynne.com.