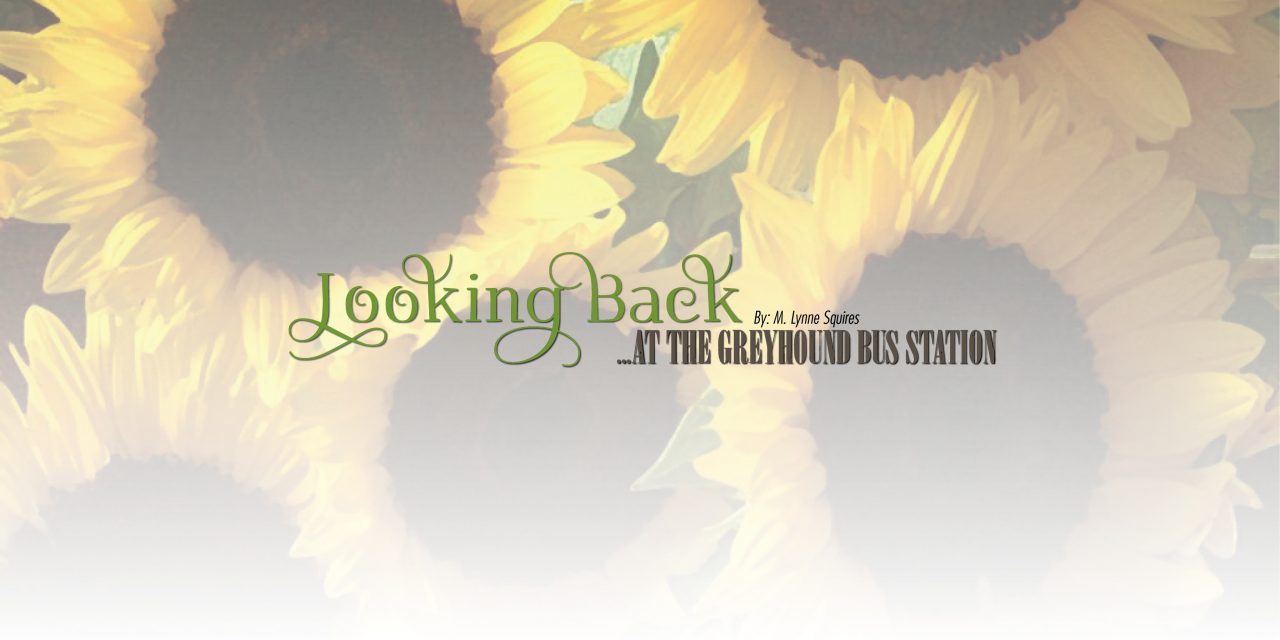 There is a park in the middle of downtown Charleston. Slack Plaza, situated midway between the Town Center Mall and Capitol Street, was designed with the hope it would be a convenient point where people could enjoy their lunch break or attend outdoor community events. But before there was Slack Plaza, there was the Atlantic Greyhound Bus Lines Terminal.

Many may not even remember the bus station because the terminal was demolished in the 1980’s. One of Charleston’s most outstanding examples of Art Deco architecture fell to the wrecking ball, taking with it a piece of the city’s history.

The ground was broken for the station on June 15, 1936. The terminal was constructed by H.B. Agsten and Son. It was designed, and the construction supervised by Atlantic Greyhound architect George D. Brown.  Brown was based for a time in Charleston, where he designed not only the Charleston Terminal, but also the Huntington, West Virginia terminal, and several others. The terminals of his design in Columbia, South Carolina, and Savannah, Georgia are listed on the National Register of Historic Places for their place in architectural history.

The terminal opened at 9:00 am, January 30, 1937. The decorative glass block on the structures face was not in place at the opening due to a labor strike. Not hindered by a cosmetic issue, the terminal was fully opened for business. In addition to Atlantic Greyhound bus service, the terminal also accommodated buses from the Logan Williamson Bus Company and the West Virginia Transportation Company. The enclosed concourse held twelve buses, and the adjacent lot could accommodate a dozen more. The concourse provided the passengers and their luggage protection from inclement weather.

Passengers were greeted at the entry by a neon sign featuring a ‘life-in-action’ greyhound that appeared to be running as the neon lights shifted patterns. The distinctive sign was made by Cary Systems, the premier neon sign producer in Charleston. The interior design featured an inlaid terrazzo floor, black columns, green walls, and a cream-colored ceiling.  A glass ‘skylight’ concealed the bulbs for the rooms primary lighting.

The staircase descended to the lower level that housed a men’s lounge and lavatory and ascended to the women’s restroom and lavatory. Both areas were furnished in tubular Art Deco chairs, tables and sofas. Tiled showers were available in these traveler rest areas, complete with maid and valet service.

The luxurious, state-of-the-art terminal quickly became a hub of activity on Summers Street. Boasting a café with both counter seating and tables, there was also a barber shop, shoe shine stand, and telegraph station. Townspeople as well as travelers utilized these services.

Bus travel opened the continental United States to travelers in the early to mid-20th century. Taking a bus then was as commonplace as catching a plane is today. But as car ownership increased, bus travel decreased. By the mid-seventies, bus travel had dropped dramatically. The Charleston terminal was moved to another location a few blocks away in the 1980’s. While still serving the basic needs of travelers, the amenities of the bus station shrank to a ticket counter and a few vending machines.

Next month, we look back at the Levee and its place in the city’s history.

Email your responses about the Greyhound Bus Station, or requests for locations you’d like Looking Back to visit to thewriter@mlynne.com.