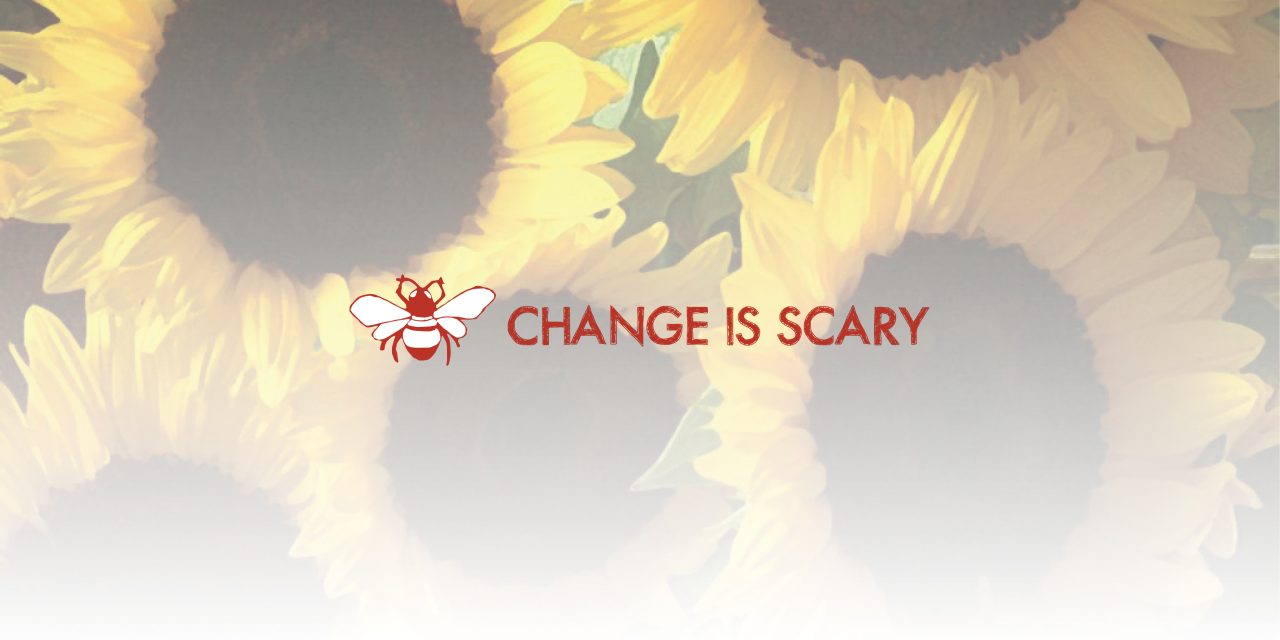 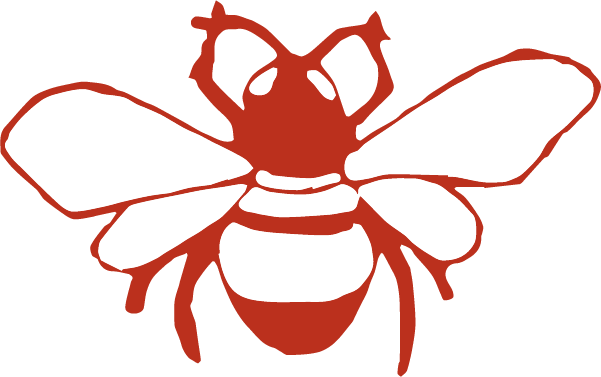 Change is scary, no one particularly likes change. When dealing with your home, you have to think of it as “good scary”, it can be a big expense and a bigger problem if you hate it. But do you really hate it? Or is it that you’re just not used to the change, the newness of it.  Just keep that in mind that change actually means change.  I think that it sometimes surprises people when things are new and different from the old way that they’re used to. 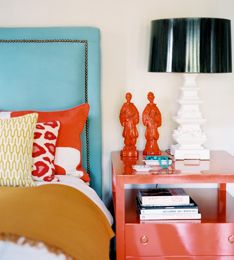 One of the easiest changes is switching out your pillows on your sofa. If you are intimidated by color this is an excellent way to try some new trendy colors (think coral, citron yellow, or turquoise) on your sofa.  It won’t be a big financial commitment and will give you the chance to live with a new color and see if you love it enough to commit to a piece of furniture next time.  Challenging your comfort level with a bold pattern like an animal print or geometric in a great color can make that old blah couch come to life. 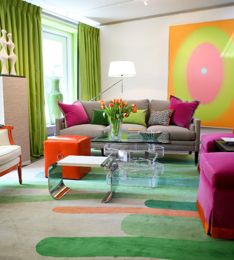 Accessories are another good thing to change up. Again, you can make a huge impact in your house without spending a ton of money.  We all get used to our things in their place, and love them, but maybe moving items around will give a piece a breath of fresh air.  I regularly clear out client’s accessories and wall art and pile everything in the dining room and then “shop” those pieces before hitting the stores. Maybe the bird prints that have been hanging in your living room for 17 years might look better in your front hall? Or the big Blenko vase that was on your side board might be just what you needed on your island in the kitchen? This is a great task to accomplish with a designer or trusted friend.  It’s kind of like cleaning out your closet, you have that one friend who will really tell you, “no, those denim mom shorts do not work and no one will ever want to see you in them again.”  That’s the girl you want to tell you if your rug looks shabby or chic. 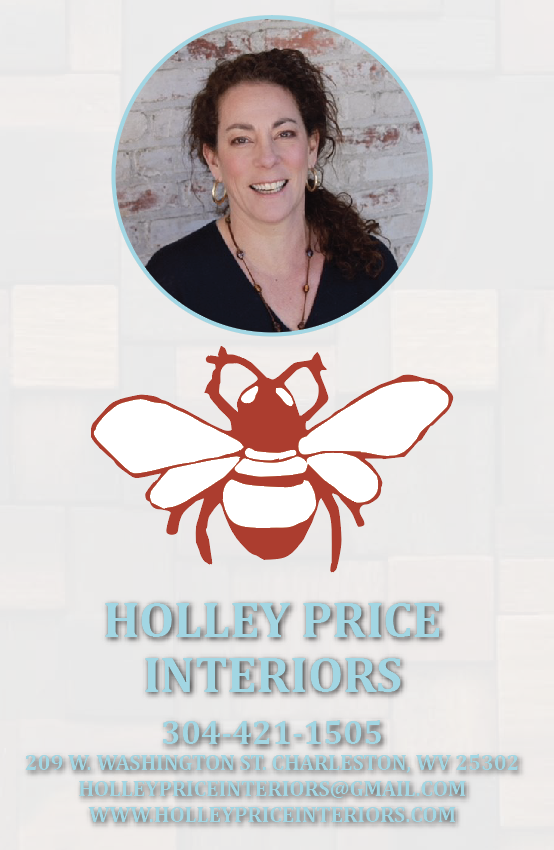 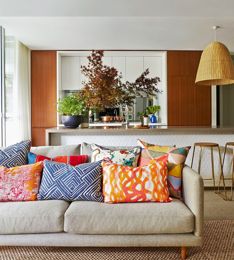 I have a friend whose family has had a cabin on a lake in the woods for decades.  It’s very difficult to get to and even worse to have work done on it.  The original wood floor to this beloved vacation home had been neglected to the point that they were not safe and had to be replaced and my dear friend was beside herself with the thought that the old wood floors that three generations of her family had tread upon for decades would face demolition.  There was no consoling her, there was a change in the air and that’s all it took to get her into a full on tail spin. I helped her pick new wood that looks old (but not the same “old”), almost (but not quite) the same color.  Fast forward a year, the “new old” floors are installed and she arrives for her summer vacation- after a few days of moping around recalling “the good old days” (and wondering where the old wood was so she could make picture frames out of it- she wants to make frames out of everything) she promptly forgot about hating the new floors and moved on about enjoying her vacation.  It only took two days to adjust, but just to be on the safe side we never, ever discuss the new floor “situation” for fear of reopening old wounds. 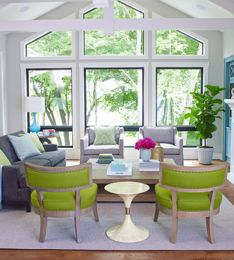 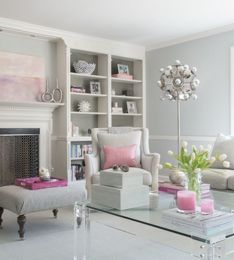 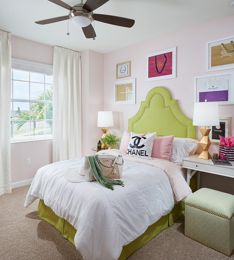 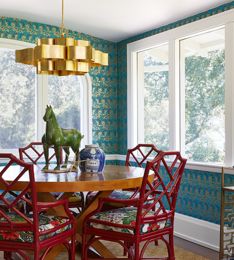 My adorable husband is another change hater. Generally, I just change things around the house and my daughter and I make wagers on how long it will take him to actually notice the change, then how long he will say he hates it until he says he likes it. So, when I decided to remove an old mirror in our powder room and put a new one up I was floored when he busted me right away and with considerable commentary about how much the new mirror was hated.  Granted, the old one was from his grandparents’ house but in my defense just because something is old doesn’t mean it’s an ”antique” worth keeping in your powder room.  I said “ok, I’ll put the old one back.”  Then I waited until he brought the subject up again a few days later. “Oops, I forgot, I’ll do it over the weekend.” And then I waited until, right on schedule a few days after that, my sweet, adorable husband said, “wait, I kind of like that mirror there” and just like that, the balance was restored in the house and now that old mirror hangs over his dresser in our bedroom and everybody is happy. He’s adorable to think he actually had any say in the situation. 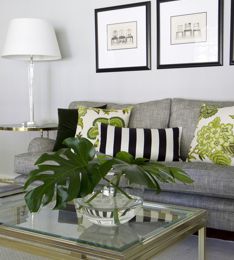 So the point of this tale is don’t be afraid of change, give yourself time to really see if you truly dislike something. Or could it be you are just not used to the new modern crystal sticks that now adorn your mantle. Give new changes a few weeks to sink in.  I challenge my clients to live with something new they swear they don’t like for a month.  If after that time they’re not loving it, we go back to the drawing board. Generally, they end up happy with the change. Remember, at the end of the day you’re the one that lives in your house, not your designer or your friend that’s helping you redecorate.  Your home should always be a reflection of your family and lifestyle, incorporating new ideas with your style is easy to achieve with a little patience and creativity. 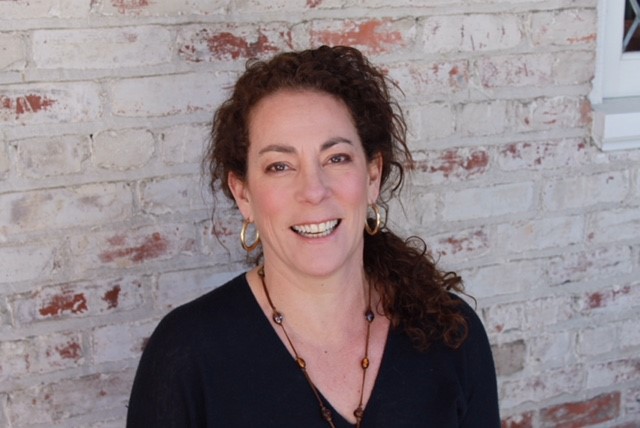