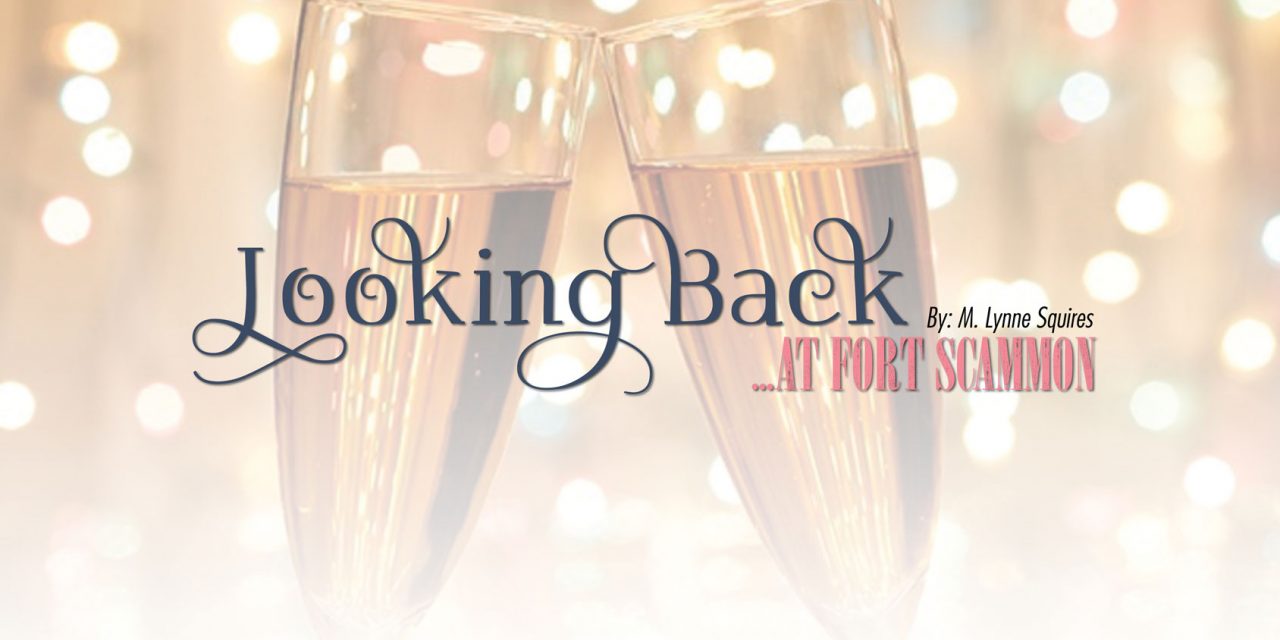 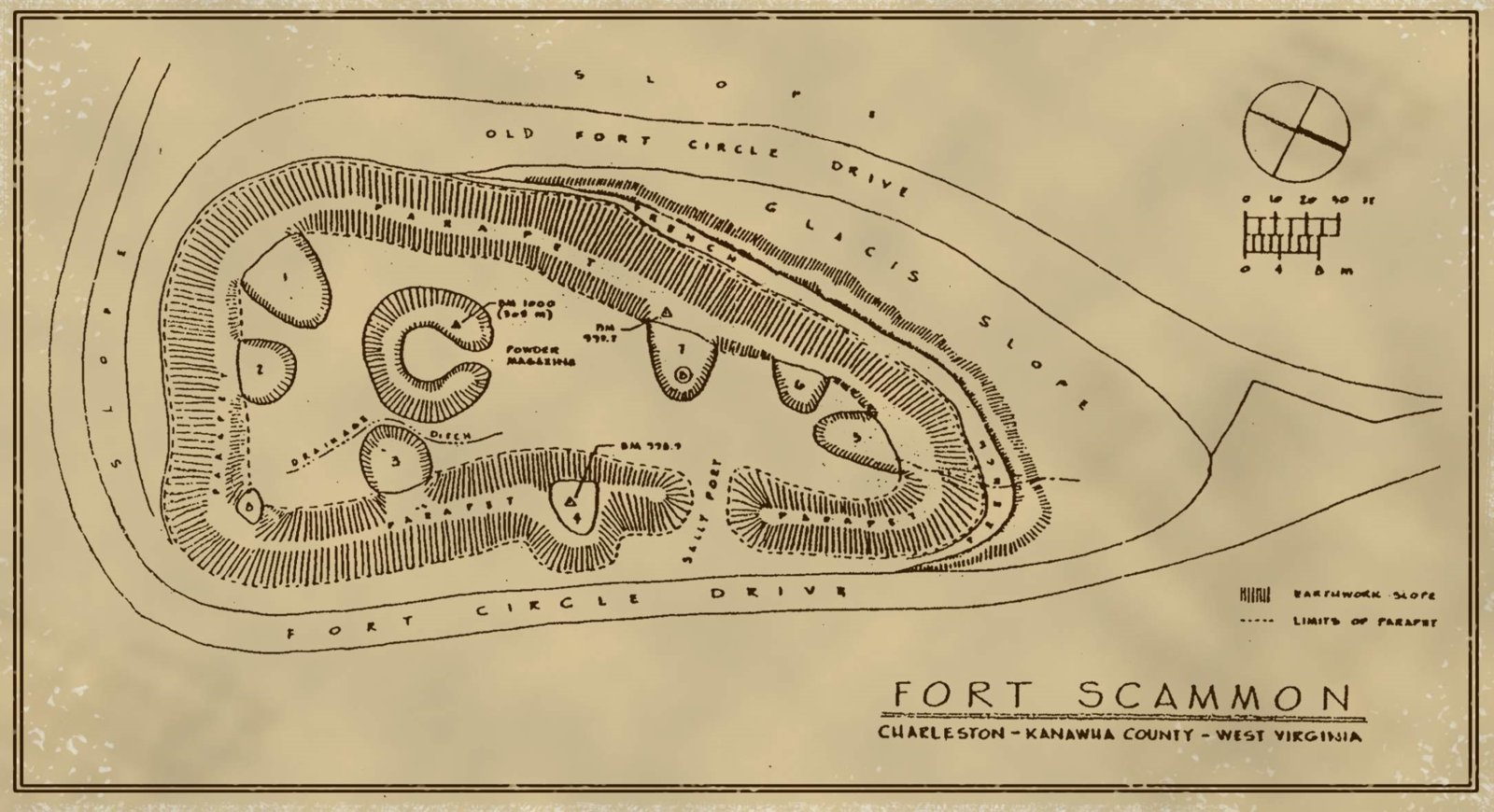 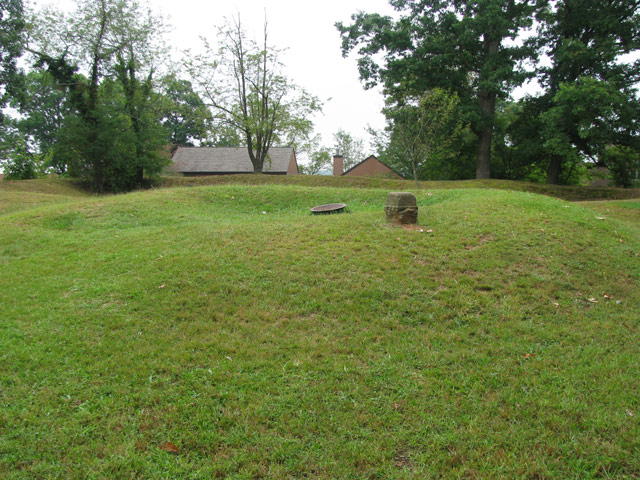 Mention Fort Scammon to just about anyone in Charleston and odds are good they won’t have any idea where the Civil War earthenworks battlement was located. The elusive fort, however, is rich with surprising, and little-known facts. Fort Scammon overlooks the heart of downtown Charleston, over 1000 feet above the Kanawha River. Two future Presidents of the United States served at Fort Scammon – Rutherford B. Hayes, and William McKinley. Fort Scammon is located on a prominence now known as “Fort Hill”, on Fort Circle Drive, and was listed as an archeological site on the National Register of Historic Places in 1976.

Constructed in March and April of 1863, the fort’s site was chosen because of its position that overlooked Charleston and the regiment’s Camp White, the Elk River’s bridge and Kanawha River’s ferry crossings. It’s directive was to guard the Kanawha Valley and its saltworks against Rebel uprisings or attacks. Designed with earthen walls between seven and ten feet high, it contained a powder magazine and emplacements for a dozen guns. The triangle-shaped fort was about 300 feet long by 150 wide at its widest point. Additional gun emplacements were down the hill from the fort, but were lost when the Oakwood Road Interstate 64 interchange was built in the 1970s.

Fort Scammon was named in honor of Hayes’ predecessor as commanding officer of the 23d Ohio Volunteer Infantry, Col. Eliakim Parker Scammon, who left the regiment in October 1862 after being promoted to brigadier general. The fort was never utilized to fend off a Confederate assault. To celebrate the Union capture of Vicksburg and to give a belated tribute to Independence Day, the hilltop fort’s battery of cannons fired an extended salute, perhaps for the first and only time during the war. “Fired 100 guns and had a good time,” Col. Rutherford B. Hayes wrote in his diary.

The member of the Hayes family who left the most lasting impact on Charleston was Webb Hayes, Rutherford’s son. Webb Hayes, a member of the Ohio National Guard, was called to active duty during the Spanish-American War. However, before his activation, Hayes and three other Cleveland businessmen formed the National Carbon Company, later known as the Union Carbide Corporation, which in turn developed into a huge presence in the Kanawha Valley. Hayes served for many years as vice president of that corporation.

Homes were being built on Fort Hill in the 1960s and Charleston architect Robert Martens and attorney Paul Kaufman began a campaign to save the remaining portions of the fort from development. In 1970, the site was listed on the National Register of Historic Places. In 1978, the city of Charleston bought the parcel of land containing the fort for $75,000.

The future president spoke fondly of his time in Charleston, where he lived in a small home he rented from the Quarrier family down the mountain from the fort near Camp White. His wife, children and other relatives traveled to Charleston to join him at the cottage periodically. Hayes’ family experienced tragedy as well in Charleston. In June 1863, the Hayes’ youngest son, Joseph, died of dysentery in their home at Camp White.

As the hilltop fort neared completion, Hayes wrote to his wife, “Drilling, boating and ball playing make the time pass pleasantly. This is a beautiful valley from Piatt (now Belle) to its mouth. Make West Virginia a free state, and Charleston ought to become a sort of Pittsburgh.”

There are no known photographs of the Fort Scammon during its Civil War days. A walk among the remaining mounds of the original battlements is a pleasant way to pass some time, remembering Charleston’s Civil War roots.

Email your responses about Fort Scammon, or requests for locations you’d like Looking Back to visit to thewriter@mlynne.com.