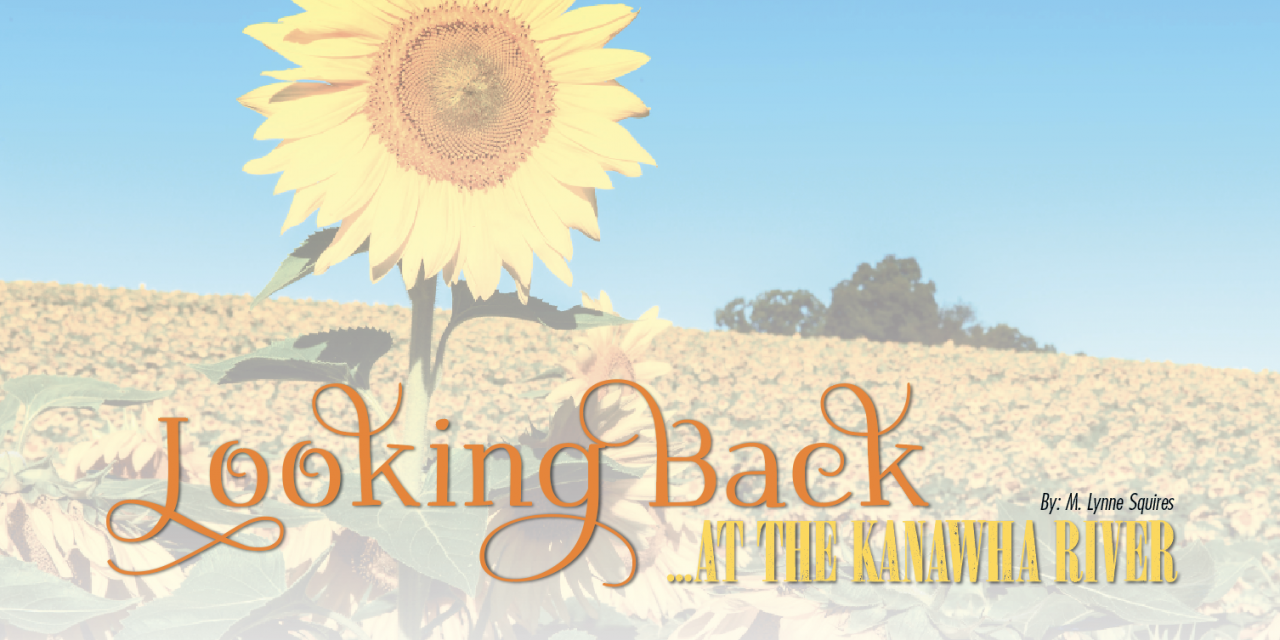 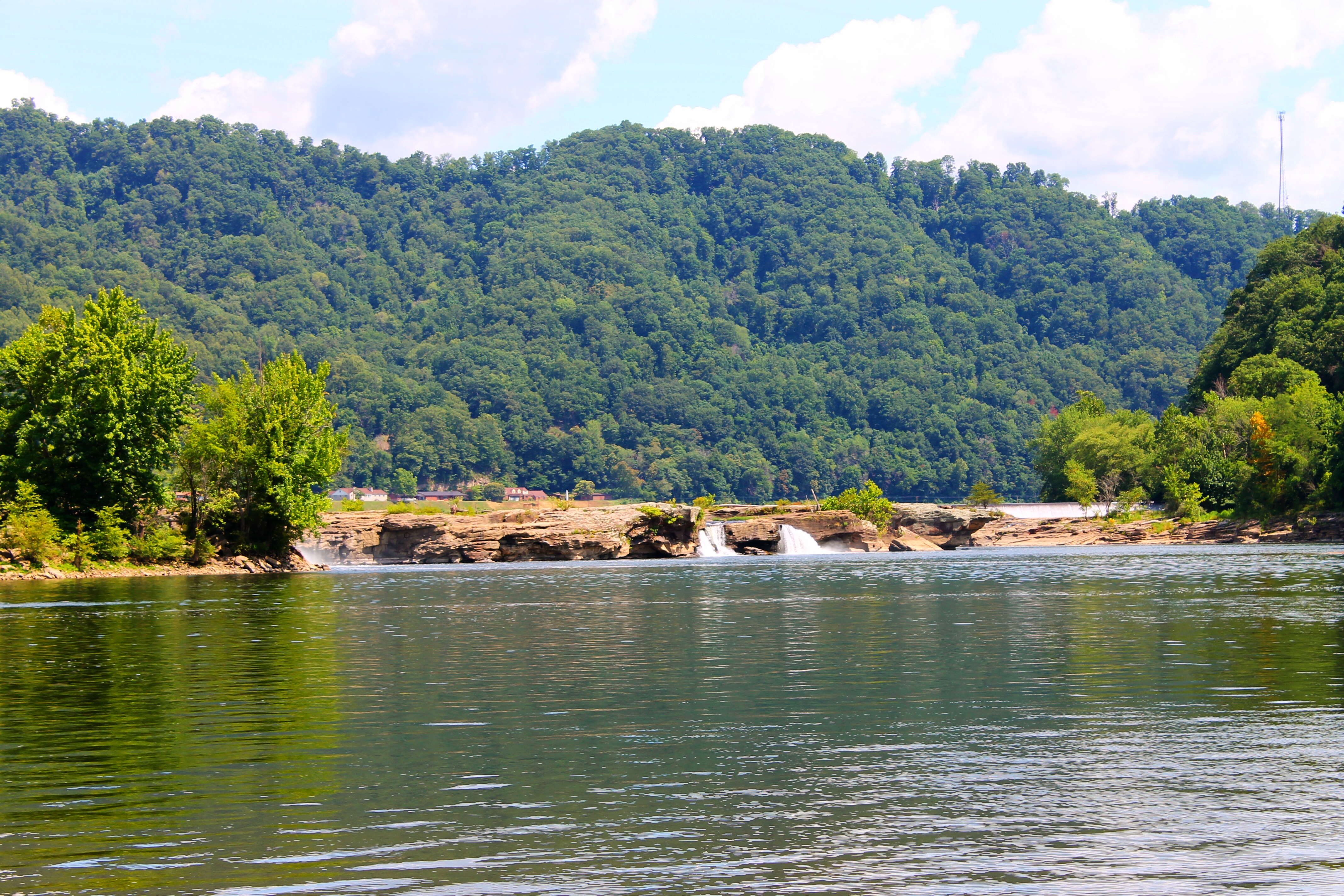 The sleepy little town of Gauley Bridge is the headwater of the West Virginia’s largest inland waterway. The river ends in Point Pleasant, another small West Virginia river town. Meandering primarily Northwest, the Kanawha River’s starting and ending points are lovely little towns that bookend the river that gave rise to much of West Virginia’s thriving industries.

The Kanawha is comprised of the merging of the Gauley and New Rivers. One half mile shy of 100 miles long, the Kanawha River has carried its share of saleable products to ports on the Ohio River and beyond. The river valley boasts a bounty of natural resources as well as other commodities that are shipped on the river. Millions of tons of gas, coal, timber, salt, coke, petroleum, sand, gravel, and chemicals traverse the Kanawha every year.

Before the mid-1800s, the river was virtually untouched for hundreds of years. In 1819, the steamboat Robert Thompson traveled up the Kanawha River to ascertain whether it was possible to navigate to Charleston. Upon reaching Red House Shoals, in present-day Putnam County, two days of unproductive attempts to pass the rapids failed and the boat returned downriver to the Ohio. The results were reported to the Virginia Assembly, and in 1820, they made the first appropriation for improvements of the river.

In 1820, the Albert Donnally, a vessel built to ship salt, successfully navigated to Charleston. The 1840’s saw the removal of large boulders and dredging in some areas that allowed safe water vessel travel. Between Charleston and Point Pleasant were ten separate rapids that caused numerous wrecks and the loss of cargo and lives. The rapids near Scary Creek and Red House were the most treacherous. They were touted as the direct cause for the Winfield locks to be built.

After becoming a state in 1863, the Senate took charge of the Kanawha River. They established a oversight board that carried on the work of improving passage on the river. In 1870, as a result of Congressional action, work began on a series of ten locks and dams constructed along the length of the river, taming the unpredictable river levels.

What is in a name? Plenty if you are the Kanawha River. Kanawha is an Iroquois word meaning ‘water way’ or ‘canoe way.’ At least 34 other names were used at one time or another before becoming the Kanawha River. Among them are Big Connawas River, Big Kanawha River, Canhawa River, Chinodahichetha River, Great Kenhaway River, New River, Pi-que-me-ta-mi, and Woods River. The Indian tribes that either settled in the vicinity of the river, or hunted the untamed wilderness on either side of it, contributed nearly all of its names.

From Point Pleasant to Winfield there are no food or gas locations for recreational water craft. From Winfield, through Charleston and beyond to Deep Water there are both, which enables moderate pleasure craft activity. Commercial navigation of the Kanawha ceases just above Alloy, and most pleasure craft, other than the smallest of boats do not venture upriver beyond Deep Water. The Norfolk & Western Virginia Railway Bridge marks the end of the safe and easily navigable waters.

Anglers drop lines into the Kanawha River at any number of points. Fish congregate below the locks, especially during the summer months. The increased water released raises the oxygen levels created by rapid water movement, attracting fish. Additionally, fish killed while moving through the lock systems are easy pickings for larger fish below the locks.

Throughout the years, Charleston has centered many activities around the river. From sternwheel and speed boat races, to ‘Anything That Floats’ and rubber ducky races attract crowds on and beside the water. Concerts held on the levee, fairs and festivals, auto shows, and marathons are held against the backdrop of the beautiful, mighty Kanawha River.

Next month, Looking Back will explore the history of the Charleston Civic Center, as it stands poised to reveal its newest makeover. 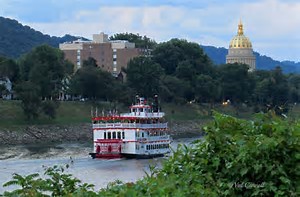 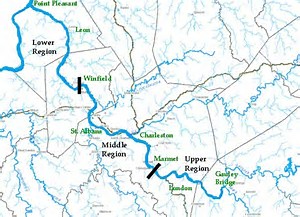 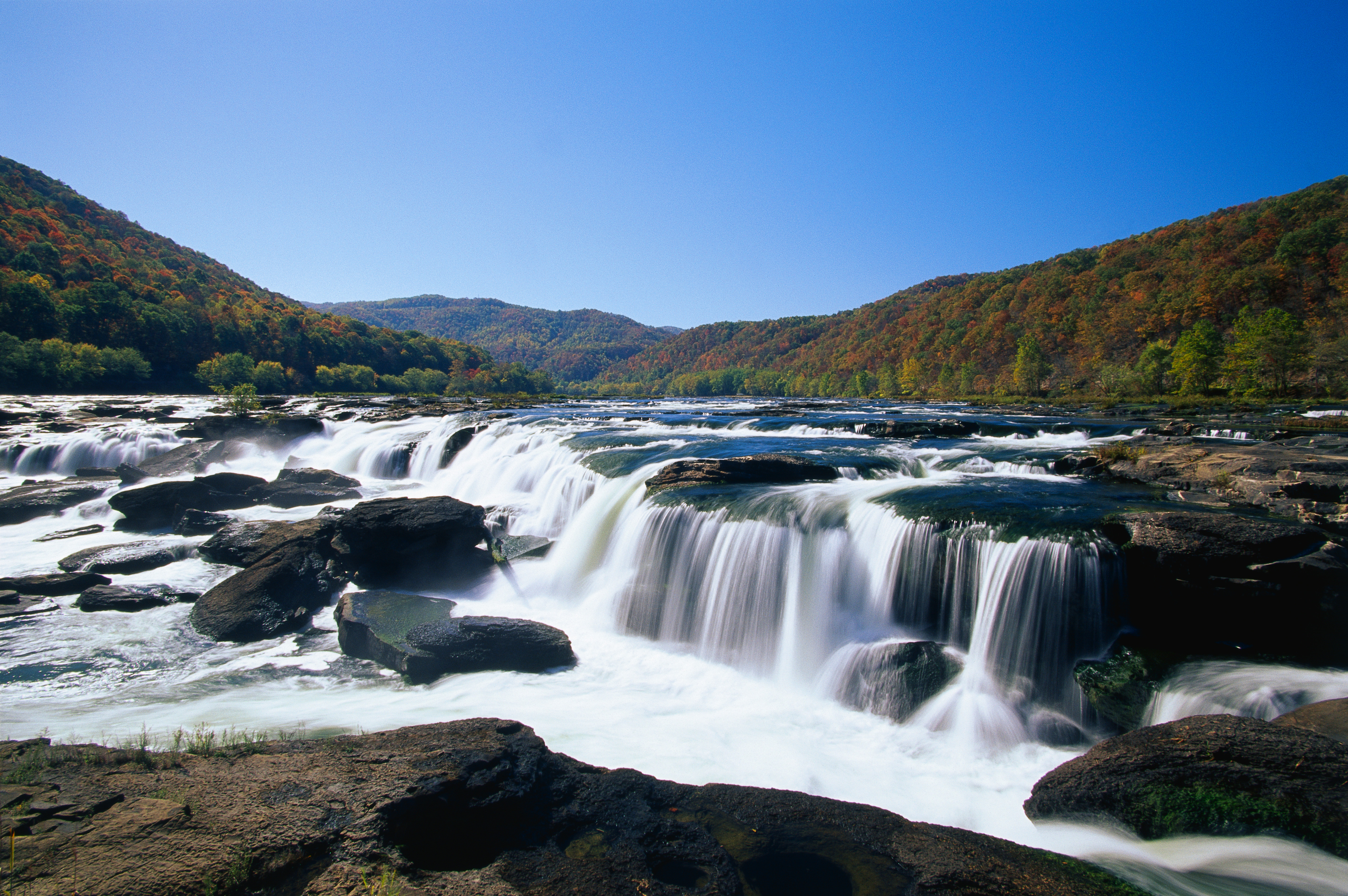