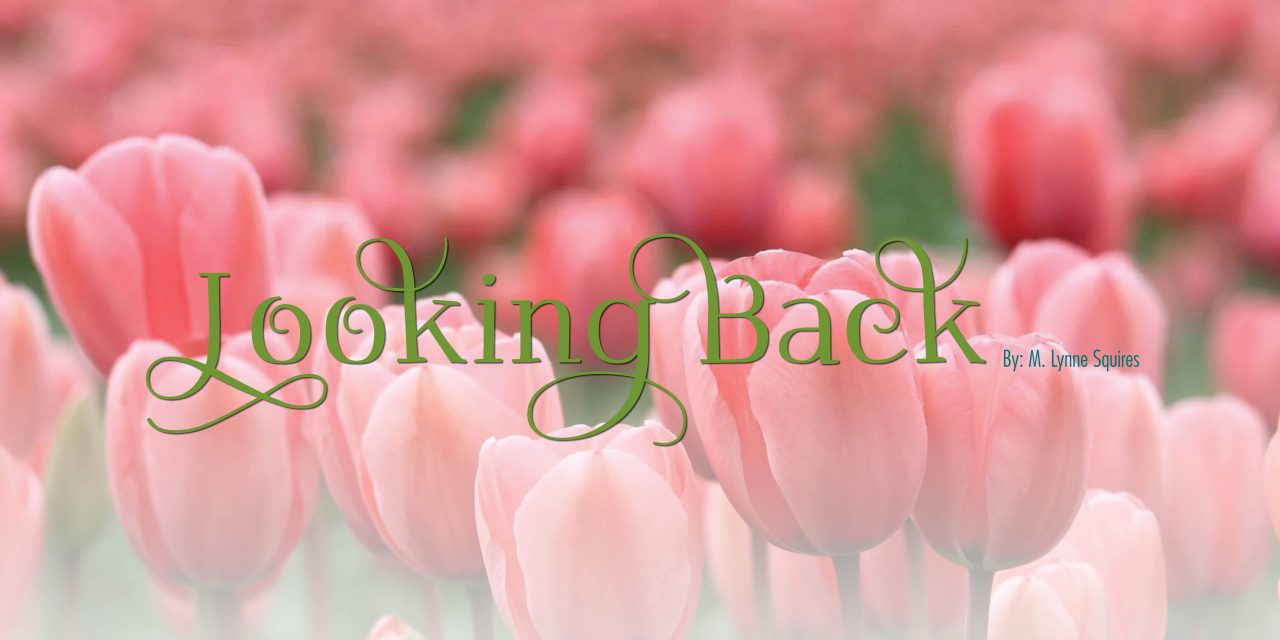 Looking Back at the the Kanawha County Library 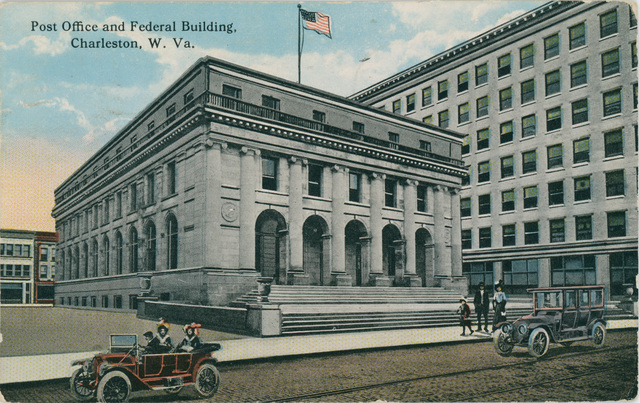 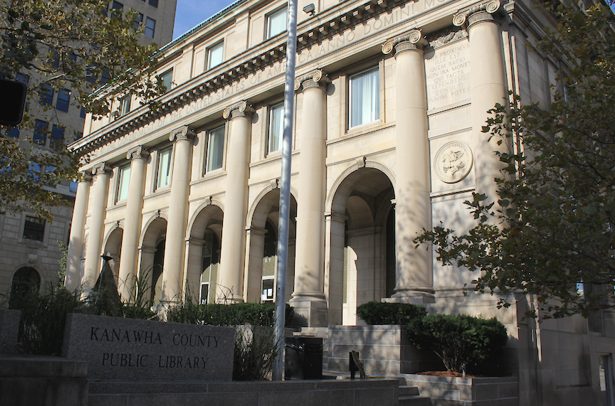 In a world where the role of a library is ever diminishing, it seems impossible to imagine never having had one to begin with. But in Charleston before 1909, that was the reality. Only schools and some drug stores had lending libraries with minimal selections. Desiring to correct this gap in the city’s literary resources, two women from the Women’s Kanawha Literary Club requested a meeting with the YMCA. Sympathetic to the women’s plight, the YMCA offered space in their building to start a library.

The library flourished and, relocated several times in the course of a few years to accommodate the rapid growth. They moved to the manse of the old Presbyterian church from the YMCA on Quarrier Street. When it was demolished in 1913, they moved to Virginia and McFarland Streets, then moved again in 1914 one block away to Kanawha and McFarland Streets. In 1925, the library found its home in the Capitol Annex Building, at the convergence of Lee, Hale, and Dickinson streets. In addition to the library, the building also housed Kanawha College, Morris Harvey College, the State Teacher’s Retirement System, and the Children’s Museum.

When planning to make upgrades to the Capitol Annex Building, it was determined the cost to upgrade exceeded the value of the building, so in 1958 the search for a new location began. The building on Capitol and Quarrier now housing our current library was the Federal Building and had previously been the US Post Office. The federal government was also seeking to relocate as they were building a new Federal Building on Quarrier, so negotiations commenced. Aided by Congressman John Slack, Senators Jennings Randolph, and Robert Byrd, the library jumped through the required hoops to be considered to receive a gift of the library at no cost from the federal government. Practically at the last minute, the government decided the prime downtown location should be sold and not donated. (Ironically, they stated ‘Had the property been eight to ten blocks east, we would have easily just donated the building to the library.)

At the cost of five hundred thousand dollars, the building was purchased in 1964. On top of that was the price to remodel the building, which was contracted out at a cost over 1.1 million. Additional funds were needed for air conditioning, an additional elevator, and other moving and building completion costs. The funding was pieced together like a quilt, one bit at a time. The sale of their previous building brought $710,000. The Library Services Act Grant brought $187,050.

A grant from the Appalachian Regional Commission for 249,460 and the Joe Lowenstein Foundation contributed $35,000. All this, combined with public donations, continued fundraising and annual revenues, brought the building to fruition as the library’s new home.

The author of the redesign of the old building was architect J. Russell Bailey of Orange, Virginia. Well versed in library design, Bailey’s plan provided spacious areas, programs, and literary events, including rooms wired for television for children’s educational programming to come. Although the building had one elevator, another was added toward the front of the building. The building is six floors, including the basement and the attic. There is a mezzanine overlooking the spacious first-floor reading area.

Renovations were extensive because while serving as the Federal Building, numerous agencies called the building home. There were still safes in the walls from the post office’s tenure and peepholes that were used to check on tellers to ensure honesty. The attic floor housed FBI and Secret Service offices. Army, Navy, and Marine recruiting offices were occupants, and the building saw many citizens sworn to serve their country, including more than a few library staff during World War II. The VA Services kept offices there. People who entered the building as immigrants became naturalized citizens within the courthouse and stepped out the front door and down the steps into America they now called home.

The old library closed its doors at the Capitol Annex on November 14, 1966, to prepare for the move to the newly renovated location. A new sculpture and fountain made of sheet bronze was placed predominately in the front of the building. Somewhat controversial, the modern art piece was about eight by eight feet and stood in stark contrast to the classic Greek ionic architecture of the library. The sculptor, Robert Conback of Westbury, New York, declared it a perfect fit for a city in West Virginia as it “combines a consciousness of rocks and mountains.”

People were driven to ensure and maintain a place for Charleston and the Kanawha Valley’s literary advancement. January 3rd, 1967, saw a dinner gathering of the dedicated staff and the Library Board of Directors at the Daniel Boone Hotel, down Capitol Street from the library. On January 4, an open house was held for the new library home on Capitol Street. The next day, January 5, the library finally opened its doors for business.