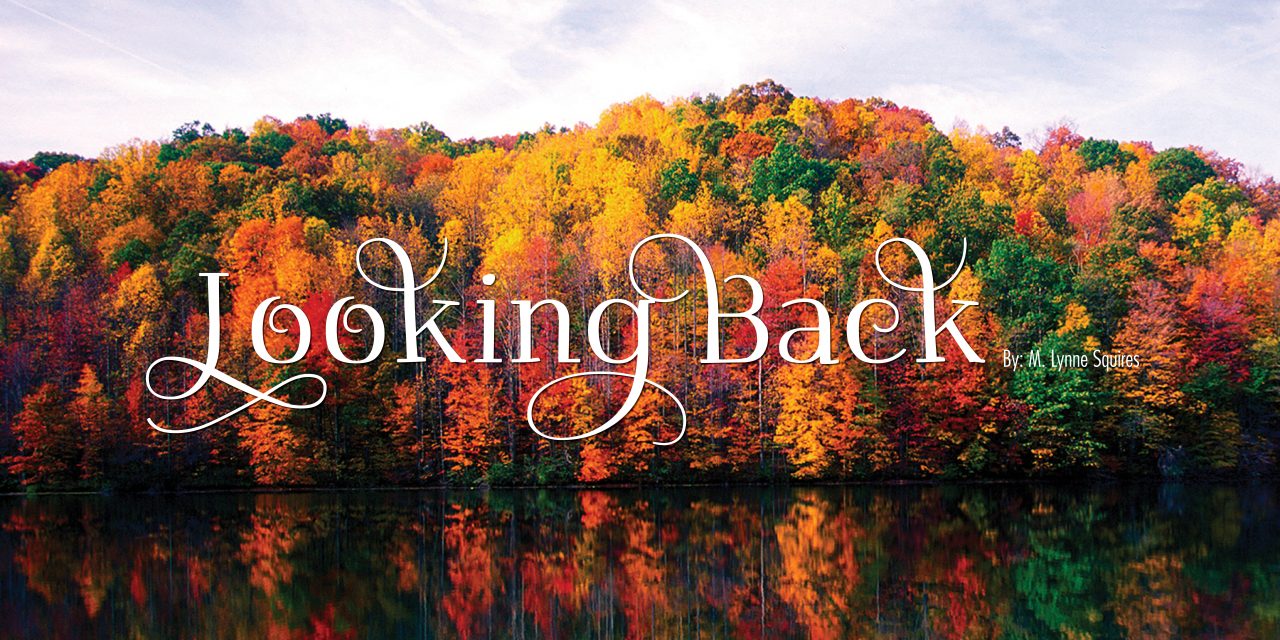 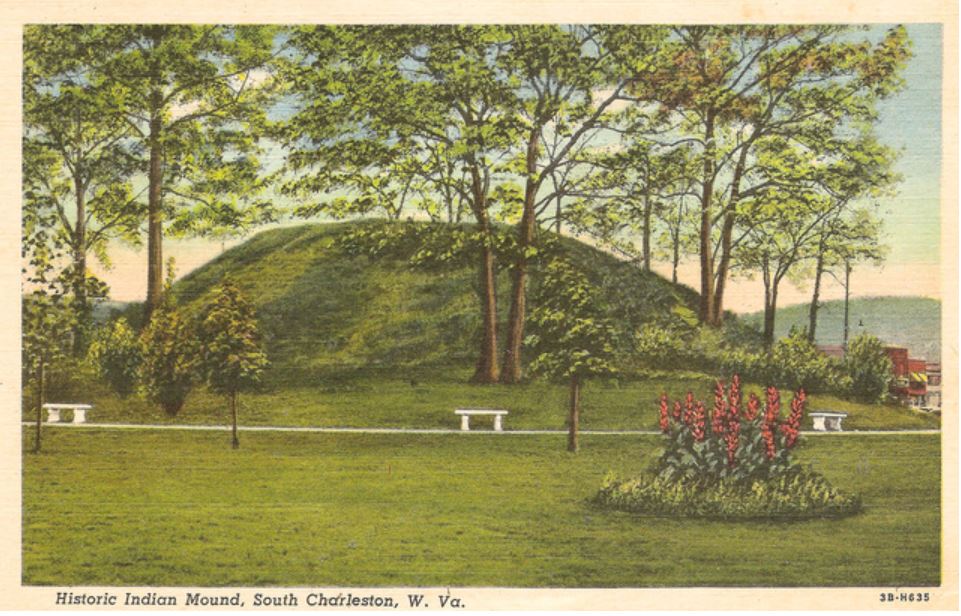 Anyone traveling through South Charleston on Route 60 has passed it. Residents of the Kanawha Valley refer to it as “the South Charleston mound” and may not even know the proper name is the Criel Mound. It was named for the Criel family, who owned farmland in the area that is now downtown South Charleston. Owned for many years by the Union Carbide Corporation, it was deeded in 1931 to the City of South Charleston to be used as a community park or revert to the corporation. Criel Mound is the second largest mound in West Virginia, surpassed only by the Grave Creek Mound in Moundville.

Criel Mound is the centerpiece of Staunton Park, a small triangular area used for community activities. In 1840, residents leveled the top of the mound creating a forty-foot flat space, removing about seven feet from its height. A judge’s stand was erected to preside over horse races held around the base of the mound. Later the top was used as a bandstand. Originally standing 40 feet high and 525 feet in circumference, the bottom was nearly a perfect circle. The mound was further reduced in size when another bandstand cut into its base on the western facing side. A stone wall lined the face of the area, and at some point, someone built a small basketball court. The park is a frequent location for arts and crafts fairs, music festivals, and memorial services.

The Criel Mound was part of the second-largest large group of Adena culture mounds and sacred circle earthen works built sometime between 250-150BC. The area, approximately eight miles in length, extends from Dunbar east through the Charleston area. When the Smithsonian Institution surveyed the site in 1894, they documented fifty mounds, from 3’ to 35’ in height and from 35’ to 200’ in diameter, and eight to ten earthen works varying in size from 1 to thirty acres. 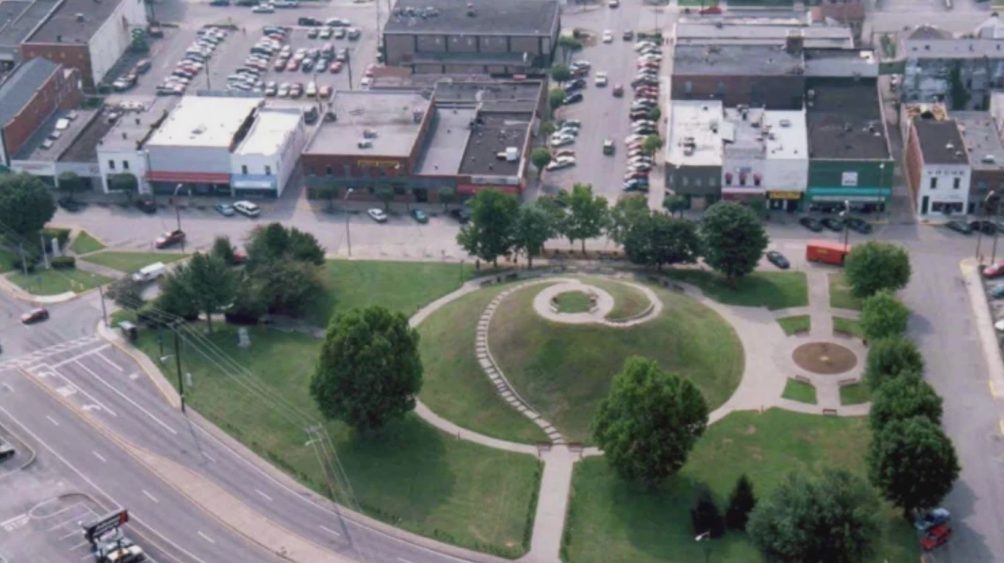 Only one other mound remains in the area today, the Shawnee Reservation Mound in Dunbar. All others were razed for residential and commercial expansion.

The Smithsonian Institution’s exploration of the Criel Mound was led by Professor Cyrus Thomas and Col. P. W. Norris. Inside the mound, thirteen skeletons were found. Two were near the top of the mound and thought to be intrusive burials from a later date than the others located 31 feet down near the mound’s base. Of the eleven skeletons at the base, ten surrounded a single central one in a wagon wheel spoke pattern. All eleven had been wrapped in elm bark lying on a floor of white ash and bark. Numerous artifacts were also found, including shell and pottery fragments, hammered copper, a fish dart, and a lance head. All the artifacts and individuals buried there were taken to the Smithsonian, where they are still housed today.

Still an imposing earthen structure, the mound has eroded a bit over time due to its use as farmland and a pasture in the 1800s and the improvement attempts of various tree plantings in the 1900s. Stone steps were added in a spiral pattern to allow easy access to the summit of the mound. In recent years, the south-facing side saw the addition of stone and metal entrance arch. The South Charleston Museum and Interpretive Center, located on D Street south of the mound, has information on the mound and Native American artifacts and photo details of the excavation of the mound.

The Criel Mound was placed on the National Register of Historic Places in 1970.

Next month we will be Looking Back at some of Charleston’s former well-loved restaurants.

Email your responses about the Criel Mound
or requests for locations you’d like Looking Back to
visit to thewriter@mlynne.com.