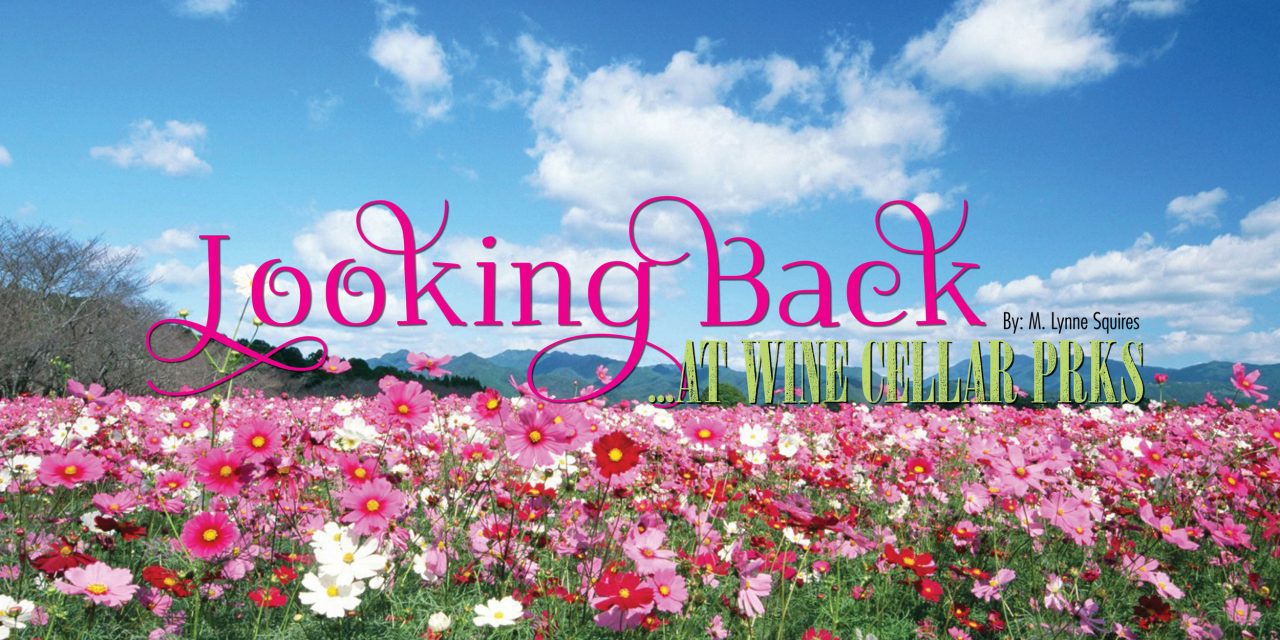 Looking Back at Wine Cellar Park

Wine Cellar Park, also known as Dutch Hollow Wine Cellars, is located at 1101 Dutch Hollow Road in Dunbar. Not overly large, it is one of the more picturesque parks in the Kanawha Valley. A popular venue for outdoor weddings, the park provides a lovely backdrop of three brick arches framing the entrances to the cellars. Constructed in 1860 by vintner Tom Friend, the Dutch Hollow Wine Cellars served as storage for locally produced wine. They are the last known remnant of what was once a thriving industry in West Virginia.

In the 1870s, West Virginia had a role in the business of producing wine. The state had warm and long enough summers to be a prime location for the growth of grapes. There were nearly 1,000 acres of vineyards in the state at that time, with around 700 acres in Ohio County alone. The crops of grapes from that county were valued at over $100,000 and shipped to Boston, Pittsburg, and New York.

The type of grapes grown in Kanawha County varied but was likely to be primarily Concords. They were harvested, pressed, fermented, and casks set in the cool Dutch Hollow cellars to age. The barrels were then transported to Charleston by oxcarts and loaded onto steamboats that carried them to Cincinnati.

After the Civil War ended, labor became more costly, and the production of grapes for wine didn’t remain profitable. By 1904, only one winery remained in West Virginia. The wine cellars in Dunbar were abandoned after only a few years of use. Then, the shipments of wine leaving Charleston were supplied from vineyards in Virginia and Ohio. 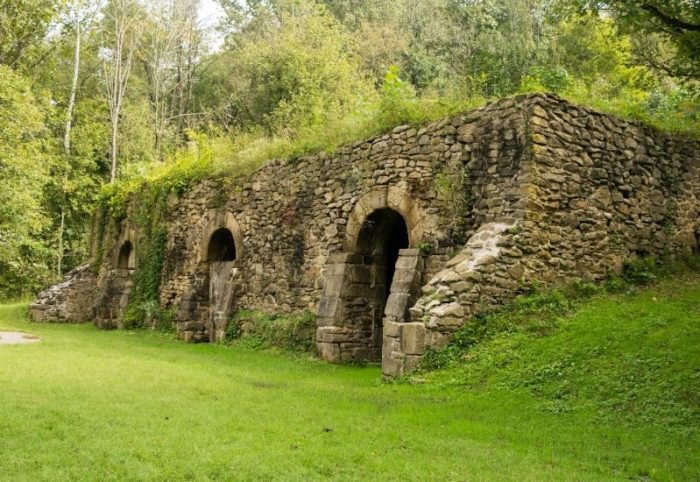 The cellars were comprised of three separate but connected vaults with barrel roofs. The measurements are roughly 40 feet wide and 19 feet high. The thickness of the walls varies from a little over a foot to over 3 feet. On the exterior, the center arch keystone has a wine cask in relief in the stone.

In 1974, the cellars were purchased by the City of Dunbar to be included as part of the park. Now, Wine Cellar Park is a recreation destination. There are picnic shelters, a playground, and a walking trail. Laura Anderson Lake provides good fishing and beautiful scenery. The 7-acre lake is accessible to all who care to ‘wet a line.’ The lake was built by the city of Dunbar in 1984. According to the West Virginia Division of Natural Resources, the lake is an average of 18 feet deep with a maximum depth of 33 feet. The lake has channel catfish, largemouth bass, bluegill and is stocked with trout twice a year. Paths surround the lake providing easy fishing access or a short but pleasant hike in nature.

In 2013, the inaugural tournament of a new disc golf course at the park was held. Seasoned Frisbee enthusiasts in attendance described the 9-hole course as ‘challenging.’

Dutch Hollow Wine Cellars was listed on the National Register of Historic Places in 1970. Standing at the foot of a wooded hill in Dutch Hollow, they are a reminder of a long gone industry of the Kanawha Valley.

Email your responses about Wine Cellar Park
or requests for locations you’d like Looking Back to
visit to thewriter@mlynne.com.