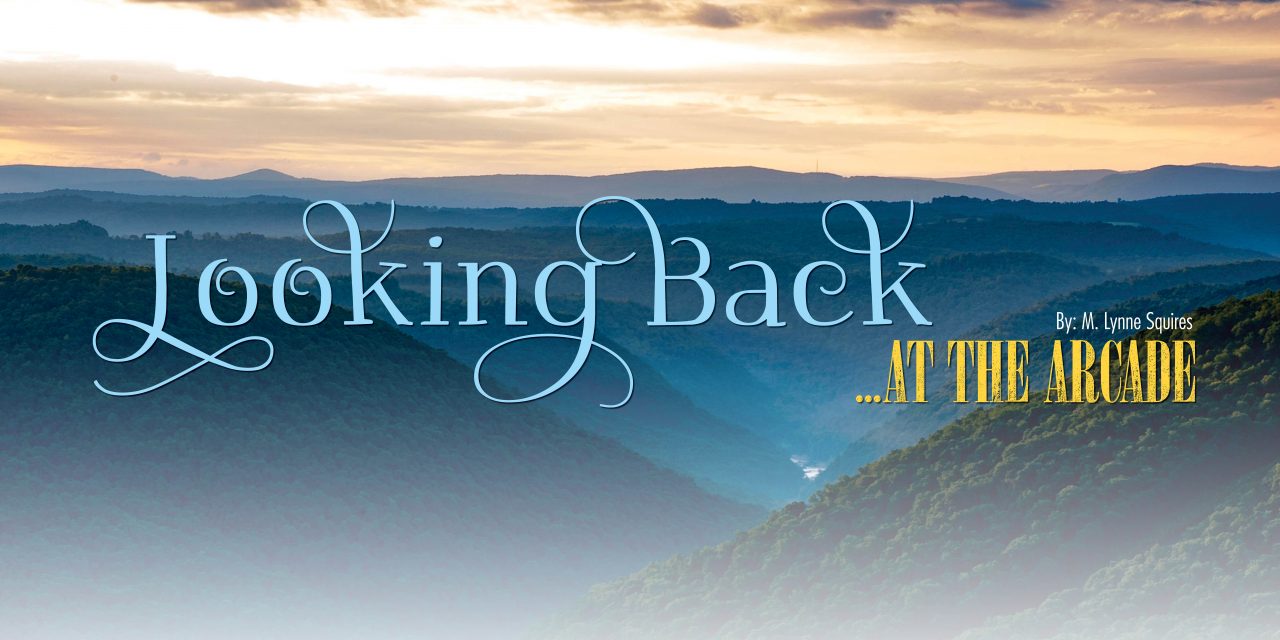 Looking Back at the Arcade 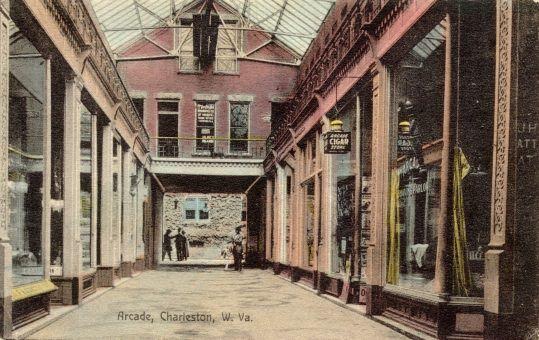 Today, the word ‘arcade’ brings to mind the flashing lights, pings, and bells of pinball machines, skeeball, virtual golf games, PacMan consoles, and the like. One hundred years ago, however, an arcade was defined as a succession of contiguous arches supported by columns. Designed for pedestrians to be out of the elements, many shops and markets lined on either side for shopping convenience. Charleston boasted The Arcade, a downtown landmark serving its residents for 103 years.

Constructed in 1895, primarily of wrought iron, The Arcade was a beautiful structure in the center of downtown Charleston. With an entry on Virginia Street and another one adjacent to the Kanawha County Library building (formerly known as Post Office Square), scores of shoppers had easy access to visit the stores within. The Arcade was built by John Cotton and his brother-in-law, Emanuel Wilson, who was elected governor in 1884. The second-floor balcony railings and stair railings were filigree wrought iron. The ceiling was glass, allowing light to flood the atrium interior. In later years, the glass was cover with corrugated plastic, still allowed light to pass through.

Two stories of shops lined The Arcade throughway. Among the shops were the Virginia Fruit Company, which became McCarus Confectionary, then McCarus Grille, and finally, the Arcadia Restaurant. Others over the years include Corey’s Arcade Fruitstand, Older’s Drug Store, Arcade Jewelry Shop, Arcade Newsstand, Zimmerman’s Tobacco Store, and The Dog Wagon.

Although strictly a pedestrian walkway, V-E Day in 1945 saw as many as a dozen cars drive through The Arcade honking their horns in celebration of the end of World War II. Several times through the years, graduating high school seniors defied the law and would drive through in celebration after their graduations. And much to the chagrin of the city leaders, one night in the wee hours of the morning, two police patrolmen opted against their regular practice of parking on the street and patrolling The Arcade on foot, instead driving their patrol car the length of the building. They made a formal apology to the building’s owners in lieu of more formal disciplinary action.

After 103 years, the building was sold and The Arcade was demolished on September 13, 1998. Much of the wrought ironwork was salvaged, intended to be used in an adjacent hotel. That did not come to pass, and the location of the intricate ironwork is unknown. A Charleston landmark, like many others, fell to the wrecking ball.

Next month, Looking Back remembers the
salt mines of the upper Kanawha Valley. 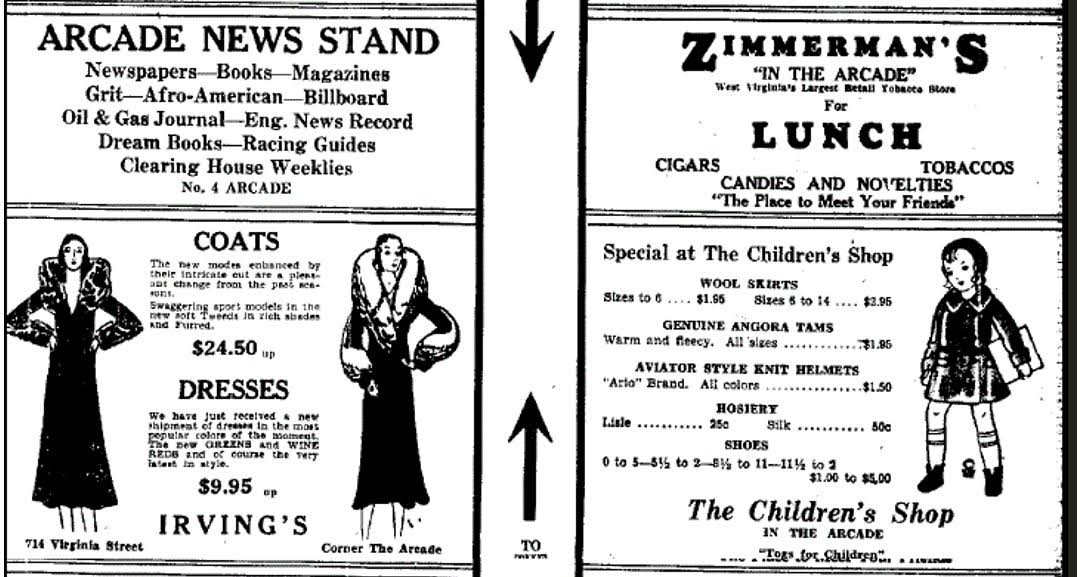