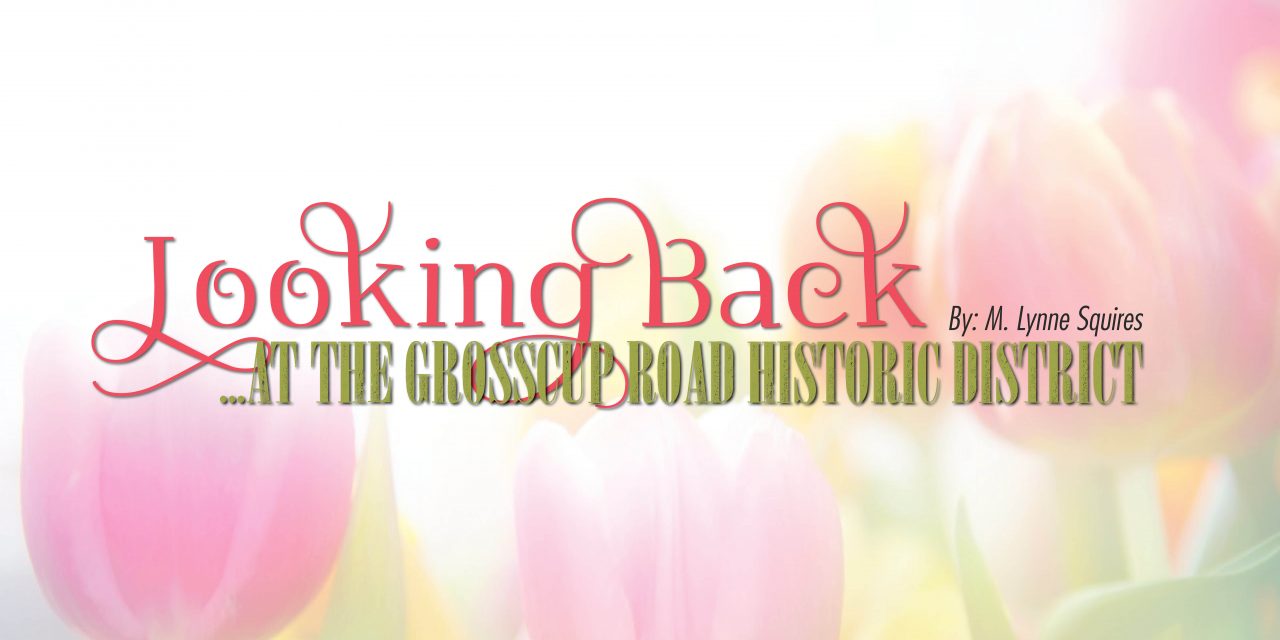 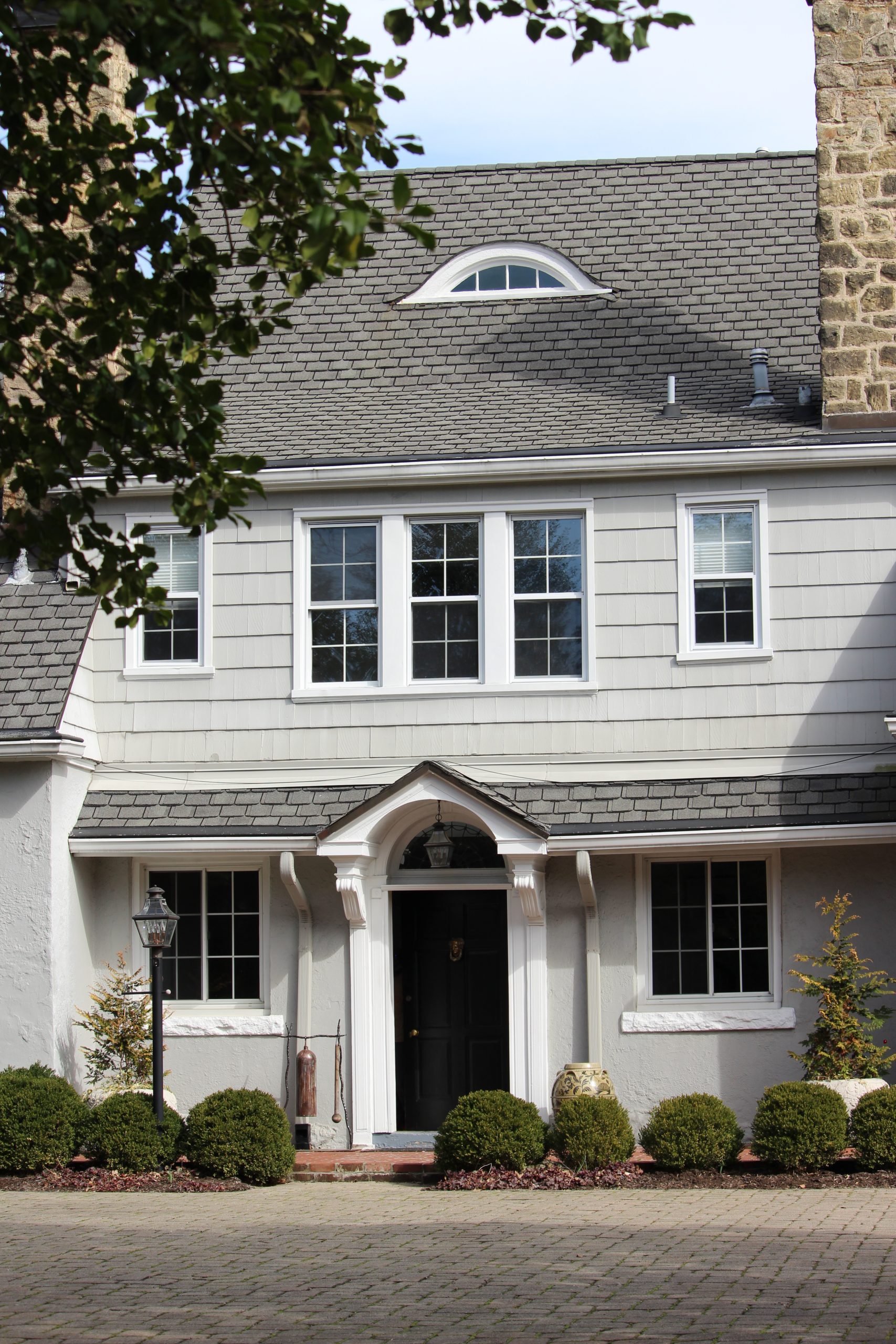 In the late 1800s, Robert Carr formed the South Charleston Improvement Company, which purchased the majority of the land that is now South Hills. From that land, Paul B. Grosscup bought all of what is now the Grosscup Road Historic District. In 1891, the first South Side Bridge was completed and the South Hills area overlooking the city became prime real estate. As city businesses expanded into the residential spaces downtown, business and political figures moved house into South Hills.

Grosscup Road, originally called Grandview, together with Roller Road, the section of Bridge Road adjacent to Grosscup Road, and Roscommon Road comprise the Grosscup Road Historic District. Home to the city’s most influential industrial, commercial and political families, most of the residential tracts were laid out and sold by Grosscup-Meyers Realty. The primary architect was H. Rus Warne, who designed ten of the twenty-two homes still existing in the district when it was nominated for a National Historic District in 1983.

Of the twenty-two houses, nine have ‘pivotal status,’ ten are ‘supporting status,’ and two are ‘intrusive status.’ These designations are based on the architectural and historical significance of each house. The pivotal dwellings are:

The Kelly/Wehrle House, 15 Grosscup Road, is in the Colonial Revival style and was inspired by a house on the Hudson River admired by W. C. Kelley, the original owner. Kelley was a leading industrialist, establishing the international company Kelley Axe and Tool Company in 1907.

The Warne-DePaula-Ross House, at 8 Grosscup Road, was designed and built in 1910 by H. Rus Warne for his own family. Dubbed initially ‘Bon Aire,’ the house was nicknamed ‘the Sugarbowl’ by the neighborhood because of the large rounded porticos on the east and west sides of the house.

At 6 Grosscup Road, the Hall-Thayer House was built in 1932. The English Tudor house is marked by steep gables, and coursed rubble stone topped with timber trimmed stucco. The house was constructed during hard financial times in West Virginia, and while Harvey Hall paid his construction workers low wages, he housed and fed them in a temporary bunkhouse on the property.

The Scott/Southworth House, at Grosscup and Bridge Road, is a large Late Victorian cottage and one of the earliest built in the district and was constructed in 1902. A wrap around porch extends over two sides of the home.

The McCorkle House, also at Grosscup and Bridge Road was built in 1895. It is a late Victorian frame house with a stunning view of Charleston. The first-floor fireplaces boasted ornate Italian marble mantles.

At 804 Bridge Road, the Stolle/Surber House was constructed in 1893. The first resident was Gustave Stolle, a German immigrant who owned Stolle and Son Jewelry Store.

The Grosscup/Bailey House, at 7 Grosscup Road was constructed in 1918. Fred Paul Grosscup was one of the city’s leading industrialists and land developers. The Colonial Revival house was a two-and one-half story, wood shingle house. The driveway was finished in red brick to compliment the home’s red tile gable roof.

The Grosscup/Tierney House, at 6 Roller Road, was designed and built in 1925 by H, Rus Warne. Both bungalow and Colonial features blend to form one of the districts more impressive homes. The original owner, Paul B. Grosscup, was the son of Fred Paul Grosscup, the owner of the Grosscup-Meyers Realty Company who developed the historic district.

The Spilman/Thomasson/Morgan House, at 108 Roscommon Road, was built in 1922 by architect Robert E. Lee Taylor. A Dutch Colonial Revival, the first story is stucco with the upper part of the house wood shingled.

The Grosscup Road Historic District was deemed significant because of its concentration of homes from Charleston’s early suburbanization. Warne, the district’s primary house designer, was a prominent architect in the city, designing not only homes, but buildings such as City Hall, the Masonic Temple, and Charleston High School.

A drive through the streets today reveals a look at a nearly unspoiled, early 20th century neighborhood. 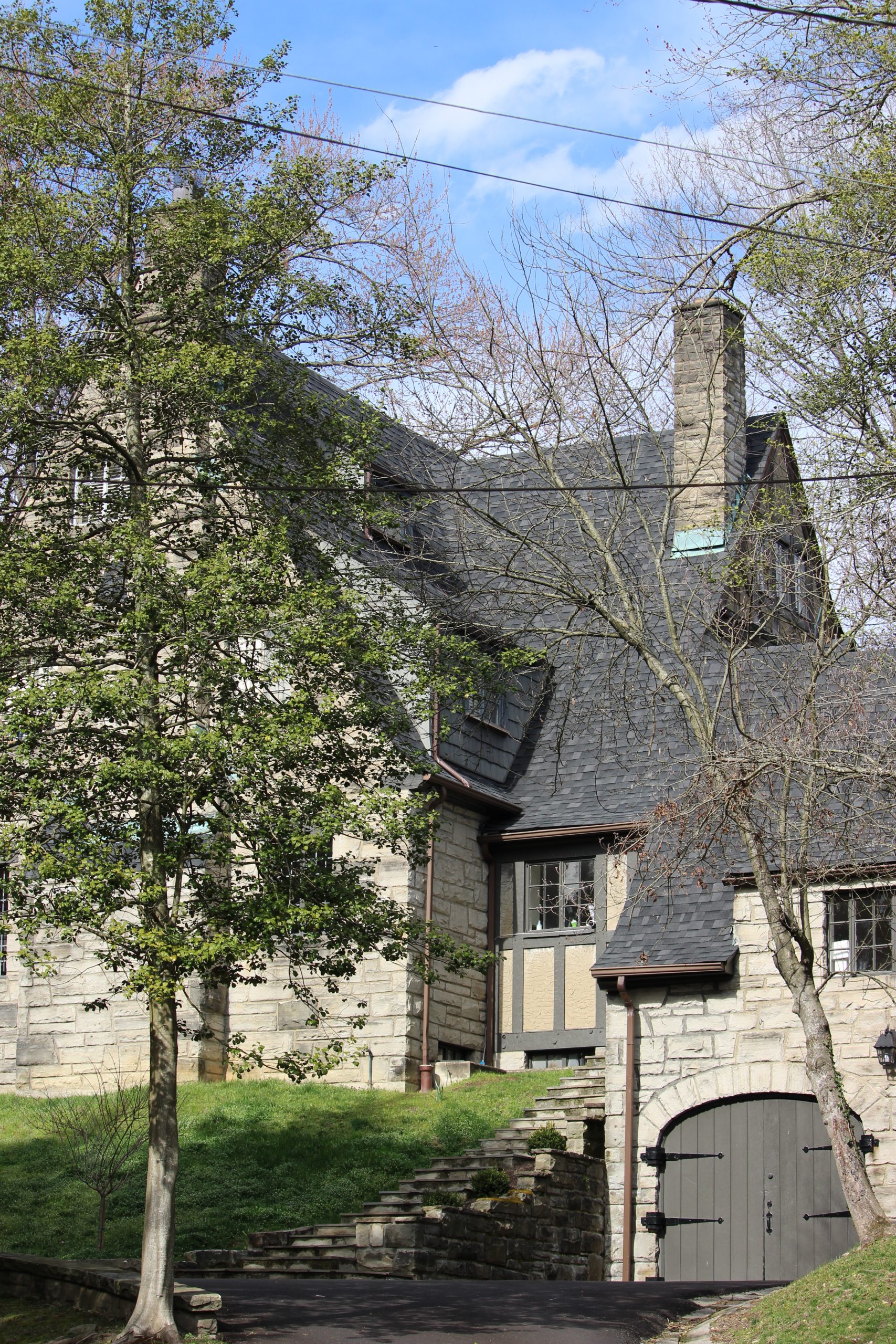 Email your responses about the Grosscup Road Historic District, or requests for locations you’d like Looking Back to visit to thewriter@mlynne.com.