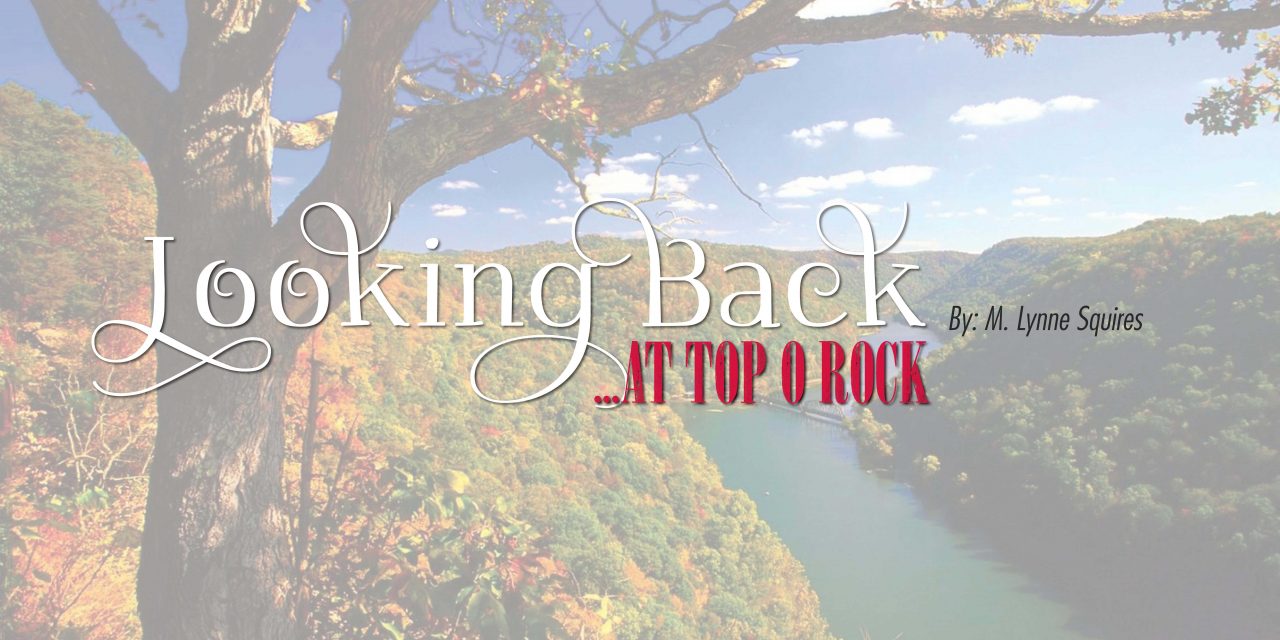 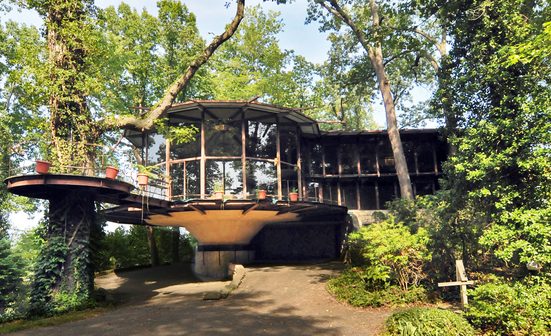 When an architectural wonder is demolished, people mourn. Such was the case when Charleston’s Top O Rock was razed in September of 2015.

Built as his office and private residence in 1966 by local architect Henry Elden, Top O Rock was situated on 4 wooded acres. The site overlooks downtown Charleston and part of Kanawha City and was once an old rock quarry. Rock quarried from the land supplied stone for the construction of the original South Side Bridge.

In the manner of Frank Lloyd Wright, Elden’s home encompassed an enormous rock and mature tree within the structure. The floor plan was curved, composed of many steel beams fabricated locally by West Virginia Steel. Elden’s engineering knowledge of steel usage gained him national recognition. Top O Rock was often referred to as the local “Fallingwater,” Frank Lloyd Wright’s iconic home built in harmony with the surrounding land. The six-story home was featured in Parade magazine, as well as in a Home and Gardens television special. Henry Elden was honored by the American Steel Institute for his design of Top O Rock.

After graduating with degree in Architecture from Carnegie Tech in Pittsburgh, Henry Elden moved to Charleston where he took his first job with Kuhn Construction. He was their estimator, calculating how much it would cost to build a project. Henry left Kuhn Construction, taking a job with celebrated Charleston architect Walter Martens who designed the Governor’s Mansion on the Boulevard. Elden left Marten’s firm and started working for Union Carbide in the structural division, designing three-dimensional steel grid structure to hold piping for the chemical productions at the plant. After the Pearl Harbor attack, Henry enlisted as an officer in the Navy. He served several years with the Navy fleet in the Pacific Ocean near the Philippines.

Elden built a successful architectural firm in Charleston that gathered national attention, awards, and publication, many centered around his home and studio, Top O Rock. His firm designed over 800 structures, including the Chief Logan State Park Lodge, the firing range for the WV State Police Academy, Calvary Methodist Church in Wheeling, the Vining Library at WV Institute of Technology at Montgomery, and the Martinsburg Regional Jail, first multi-country jail built in the nation.

Several years after Elden’s death in 2009, Top O Rock was sold. Years of being unoccupied resulted in vandalism to the point that demolishing the home seemed a likely option. The property was one of the first two properties to be listed on Preservation Alliance of West Virginia’s Buildings At Risk Register, a group created to draw attention to historical buildings at risk of demolition.

An eleventh-hour attempt to save the structure was mounted by WV GreenWorks and the Kanawha Valley Historical & Preservation Society, with the permission of the property owners. Preservation experts agreed that Top O Rock was an historically significant example of organic architecture. Like many mid-century modernist structures, Top O Rock failed in the quest to be preserved for future generations. Truly Charleston’s loss.

Email your responses about Top O Rock, or requests for locations you’d like Looking Back to visit to thewriter@mlynne.com.