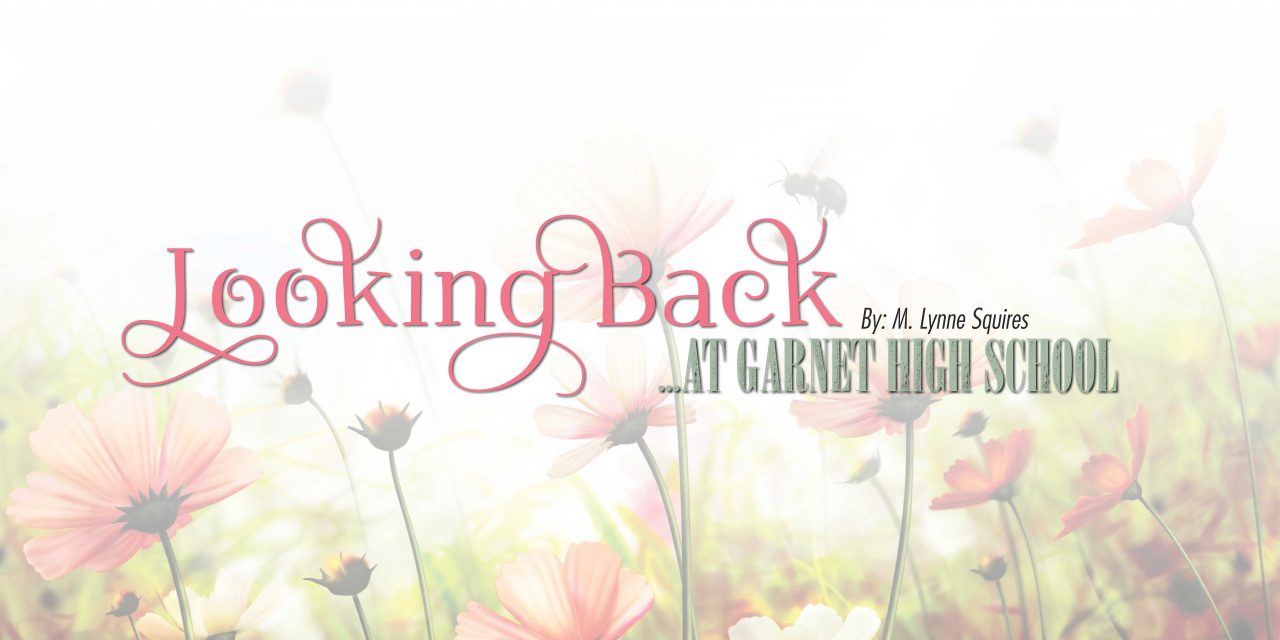 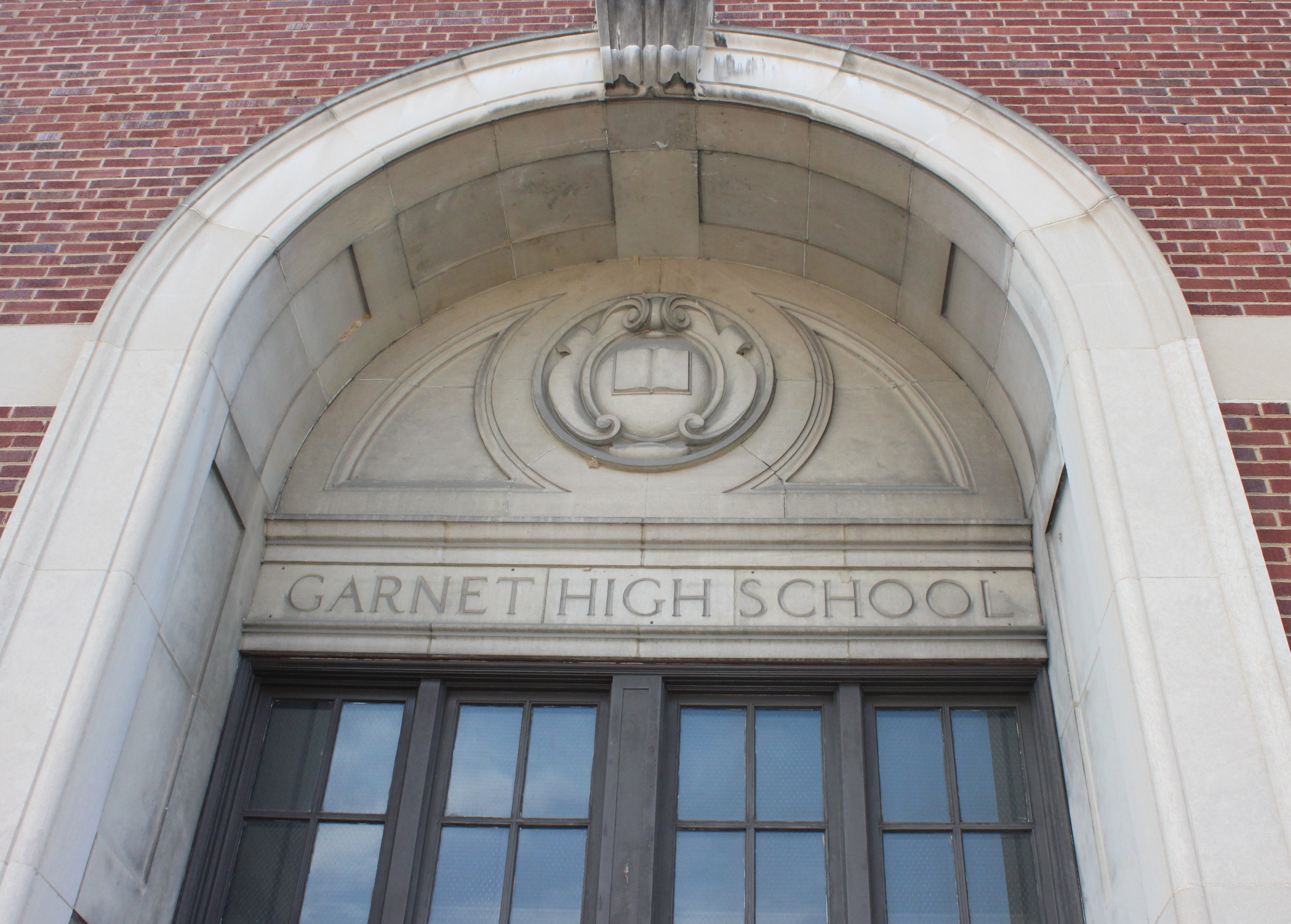 Having a building named after you would certainly be a shining, auspicious occasion. But having your name misspelled might dim the light of the moment. The school was named for Henry Highland Garnett, a noted clergyman, abolitionist, and diplomat. The stonecutters omitted a ‘T’ from Garnett when the school’s name was cut into the cornerstone and the entrance arch. The Board of Education did not demand the stone be recut, so the name Garnet High School, with one ‘T,’ was officially adopted.

Constructed in 1928-29, Garnet High School was designed by the Charleston architectural firm of Warne, Tucker, Silling, and Hutchinson, designers of Charleston High and Roosevelt Junior High. The building is three stories high, of steel frame construction clad in red brick with decorative accents of smooth limestone. The impressive rounded arch three-story front entry includes two sets of double doors, above which a limestone tympanum contains the school name and a cartouche displaying an open book. Three sides of the structure have enormous steel cased windows, some with more than two dozen panes each.

An addition was attached to the south wall, allowing room for additional classrooms and an auto shop. The addition was designed to blend seamlessly to the original building but stepped down in height so as not to detract from the grandeur of the main section.

The auditorium’s ornamental plaster moldings remain. The balcony, wooden seats long removed, boasts a portal for showing films. A curved proscenium is nearly as wide as the auditorium is backed by a floor to ceiling curtain.

In the school’s heyday, the school boasted spacious classrooms, an auditorium, gymnasium, locker rooms, a library, rooms for sewing, domestic science, film development, mechanical drawing, printing, a cafeteria, and laboratories for chemistry, physics, and biology. The school was recognized for its excellence in both curriculum and the diversity of programs offered. Among noted graduates are journalist Tony Brown, cardiology surgeon Dr. John C. Norman, and Rev. Leon Sullivan.

The original Garnett High School was organized in 1900, having grown out of a grade school of the same name. In 1908, a separate building was built to house the high school on Jacob Street adjacent to a grade school property. As the attendance grew, the need for a larger building became evident, and Garnet High School was constructed on its present location at the corner of Lewis and Shrewsbury streets. An imposing structure, the classically styled school was one of only three high schools for African American students in the Kanawha Valley. The other two were West Virginia State College Teachers Training High School in Institute, and Washington High School in London, east of the city.

The U.S. Supreme Court ruled segregation unconstitutional in 1954. Garnet graduated its last class in May of 1956. Shortly after, Garnet was renamed John Adams Junior High. Two years later, a new school was built in South Hills for John Adams students, and Garnet was renamed as Garnet Adult Education Center, which remains in operation to this day.

Garnet High School was listed on the National Register of Historic Places in 1990. Today, Garnet remains in the caring hands of a principal who values her students as well as the historical treasure in which they learn. The custodian not only shines the terrazzo tile to a high polish but is a proud and astute keeper of the history of the building. Winston Churchill said, “We shape our buildings: Thereafter, they shape us.” He could well have been talking about Garnet High School. 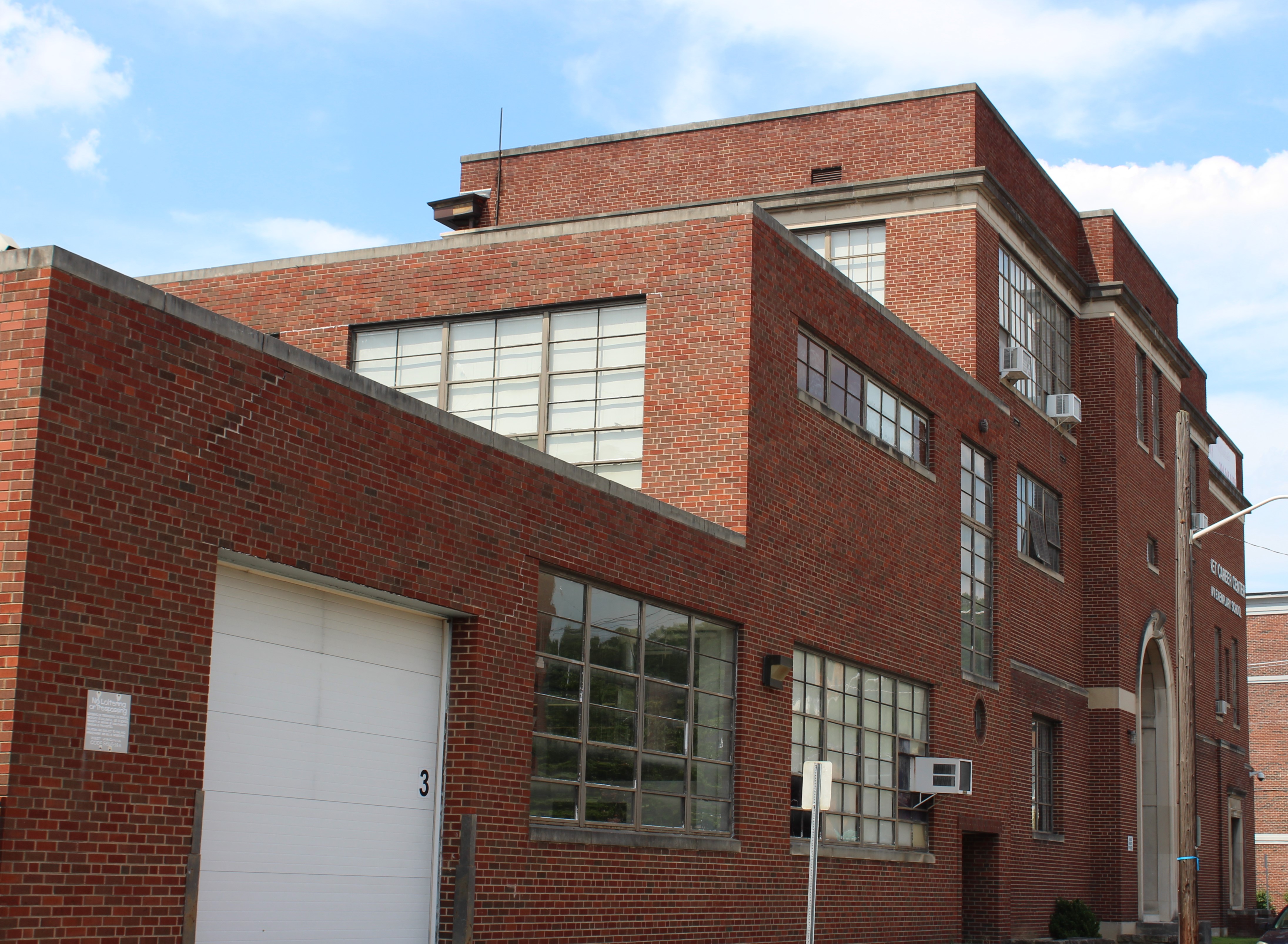 Next month, Looking Back examines some of the historic buildings of the Downtown Charleston Historic District.

Email your responses about the Garnet High School, or requests for locations you’d like Looking Back to visit to thewriter@mlynne.com.