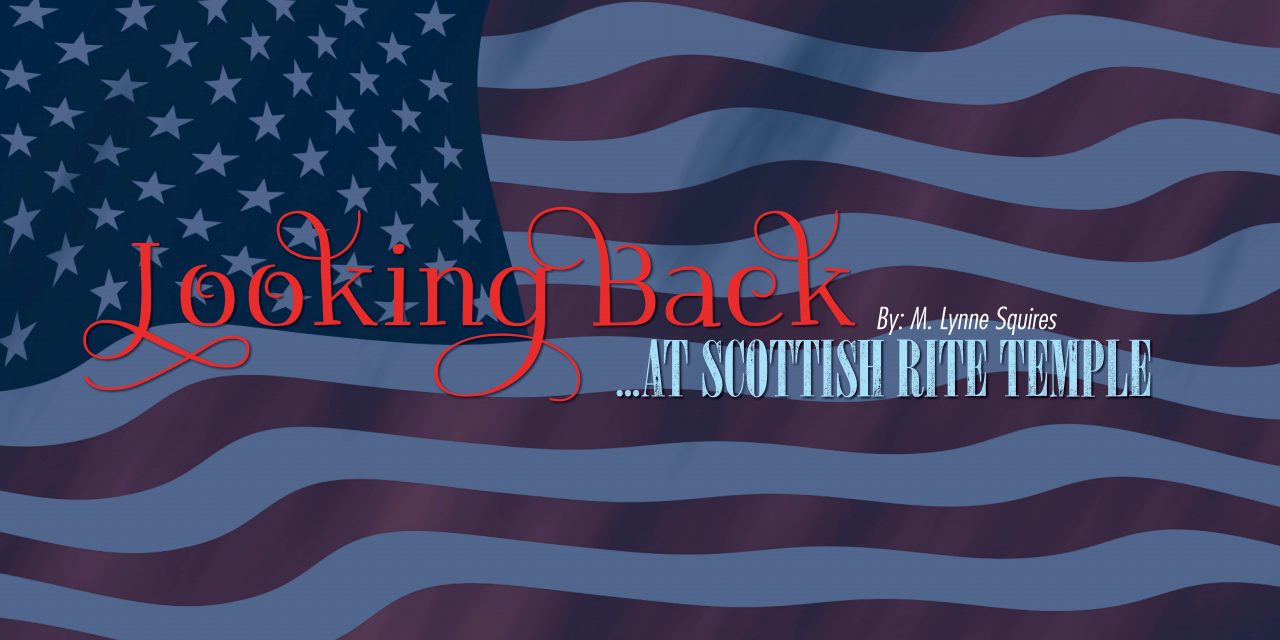 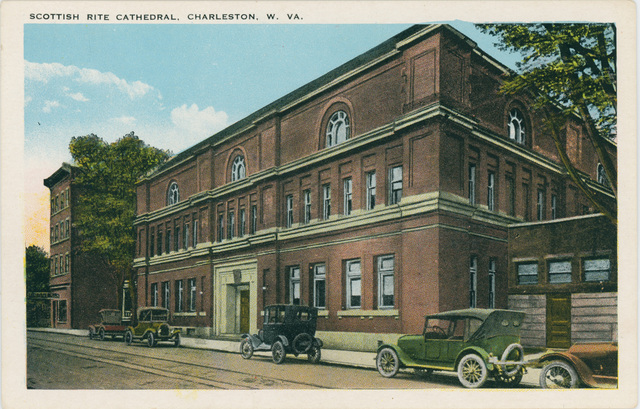 Well over a century ago, the Army rode on horses instead of in Hummers. Supply wagons were powered with mules instead of diesels. And in the heart of downtown Charleston, an Armory was constructed on Capitol Street to house these animals. After the Army and their animals vacated the premises, a skating rink rolled in. Now, nearly 100 years ago, the structure was purchased by the Ancient and Accepted Scottish Rite of Freemasonary and the Ancient and Arabic Order of the Nobles of the Mystic Shrine.

The Temple of Scottish Rite’s original home was on the corner of Dickenson and Washington Streets. It originally housed the Southern Methodist Church, and was purchased from the church by the Scottish Rite in 1916.  The two orders came together to purchase the Capitol Street building in 1921. After the Shrine moved to their new headquarters on Quarrier Street, the Scottish Rite became the sole owner of the building.

Although a formidable structure, it sits rather unobtrusively on the northern end of Capitol Street.  Designed by architect H. Rus Warne, it was constructed by the Charleston Auditorium Company. He also designed the original Coyle and Richardson building on the corner of Capitol and Lee streets. Warne, a Parkersburg native, established a partnership with Charles G. Rabenstein and established a firm in 1902. After Warne’s retirement, the firm was continued by C. E. Silling. Today, Silling and Associates is the oldest firm in West Virginia, and one of the oldest continuously operating architectural firms in the Eastern United States.

The Capitol Street facade is symmetrical with repeating motifs. Eight windows with transoms are divided on either side of a central entrance. Classic milk glass shaded lamps are on either side of the main entrance. The Scottish Rite eagle in bronze perches above the door. Tall, narrow windows encircle the second floor, but are now bricked in. Roman arches grace the top story. The Capitol Street side of the building is taller than the barrel-roofed eastern side.

After a horrendous fire in 1921 razed the nearby state Capitol building, the Temple building housed several state agencies until a new Capitol could be constructed.

Having one of the only auditoriums in Charleston for years, the Scottish Rite building hosted many events by community groups over the years. More than 3 dozen not-for-profit groups have met or held events there.

In more recent years, the Shrine leadership has provided space for various artists and artistic groups to create. Bernie Weipper, a Charleston artist, maintained his studio there for years. Ballet dancers graced their stage, and the Charleston instrumental groups performed there.

The Scottish Shrine Temple is on the National Register of Historic Places as part of the Downtown Charleston Historic District. Comprised of dozens of buildings, the Temple is a gem in the city’s historic district crown. 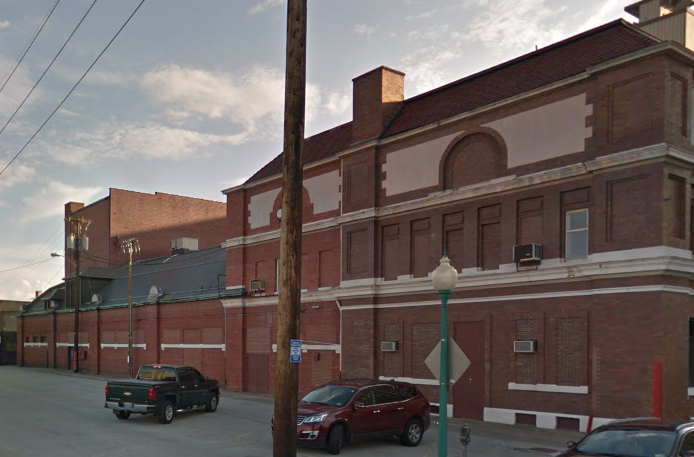 Next month Looking Back will visit the Garnet High School.

Email your responses about the Scottish Rite Temple, or requests for locations you’d like Looking Back to visit to thewriter@mlynne.com.