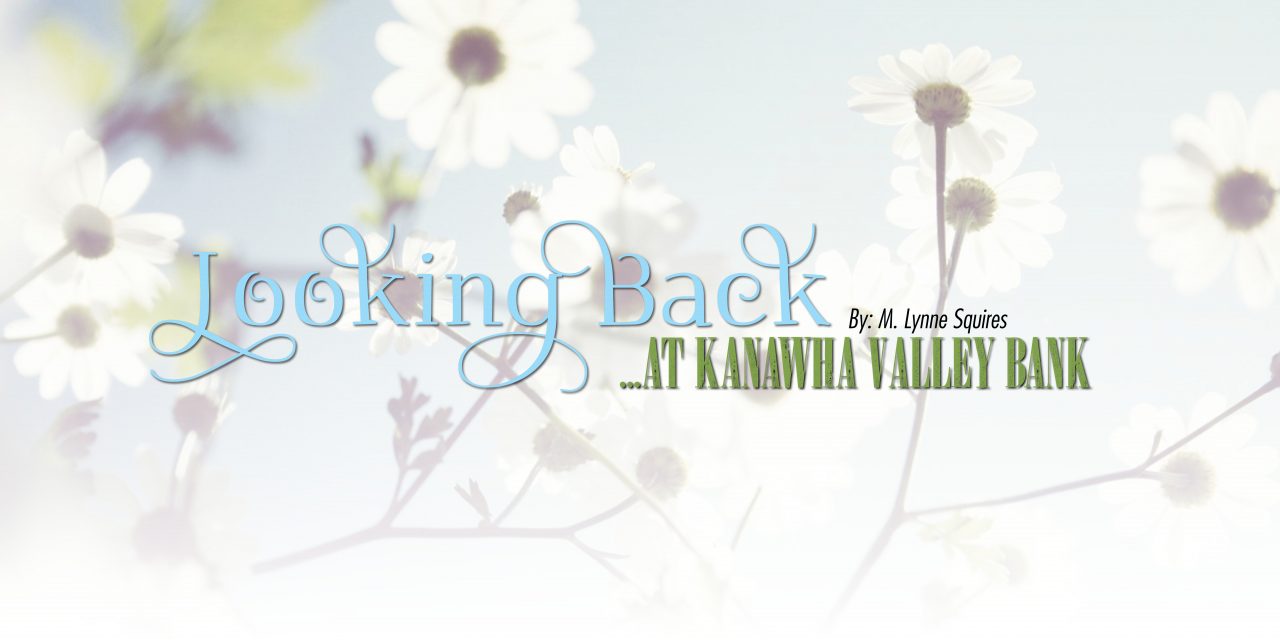 The stock market crashed on October 29, 1929, helping to catapult the nation into the Great Depression. But a month prior, September 16, 1929, the Kanawha Valley Bank opened its doors at a new location on the corner of Lee and Capitol streets. The new, towering building marked the third location of the bank.

In April of 1867, several individuals associated with the valley’s salt industry founded the Kanawha Valley Bank. By 1869, they had built at their first location – a two-story bank building on the corner of Front Street (now Kanawha Boulevard) and Capitol Street. In the post-Civil War years, the United States saw a financial panic in 1873. Charleston had three banks at the time, but the Kanawha Valley Bank was the only one to survive the panic, driven partially by speculative investments in railroads, the demonetization of silver, and over-capitalization of long-term investments.

One of the bank’s founders was William Dickinson, Jr. His son Henry Clay Dickinson became the bank president in 1870, and at his death, a mere year later was succeeded by a brother-in-law, then by his father, William Dickinson. When the senior Dickinson died in 1882, son John Quincy Dickinson was named the president and remained so for 43 years.

In 1893, the bank relocated into their second building on Front Street, sending a message of prosperity and stability to the influx of coal, timber, gas, and oil speculators flooding the Kanawha Valley. The new building was an impressive five-story stone and brick structure complete with a turret.

John Q. Dickinson’s son, John L. Dickinson, began work at the bank as a cashier. When his father passed away in 1925, he was elevated from cashier to bank president. Thus he was at the helm as he steered the bank to its third location a month before the market crashed. The new structure was raised on the site of the capitol of West Virginia that burned to the ground in 1921.

By 1933, half of the banks in America failed and closed their doors. The Kanawha Valley Bank, however, not only survived but thrived due primarily to the deep pockets of the Dickinson family. The 22-floor building was West Virginia’s tallest office building from its completion in 1929 for many years. Two floors are underground, so the above-ground 20 stories were heralded as the tallest building in Charleston for 56 years until the nearby 22-story Laidley Tower opened in 1985.

Designed by English architect Alfred C. Bossom, the bank and its offices filled the 3-story rectangular base. The floors above form the shape of a Greek cross. The 17th floor was adorned by obelisks, since removed, that served to enhance the silhouette of the building. The top three floors were a smaller echo of the base, culminating in a hipped roof. The buff brick walls were offset by the orange terra-cotta trim and grey limestone.

In 1976, the bank moved a final time to the new One Valley Square building. Today, the Capitol Street building remains a striking landmark in downtown Charleston. Now housing an assortment of private business, state government offices, and high-end private residences, the building continues to thrive well into the 21st century. 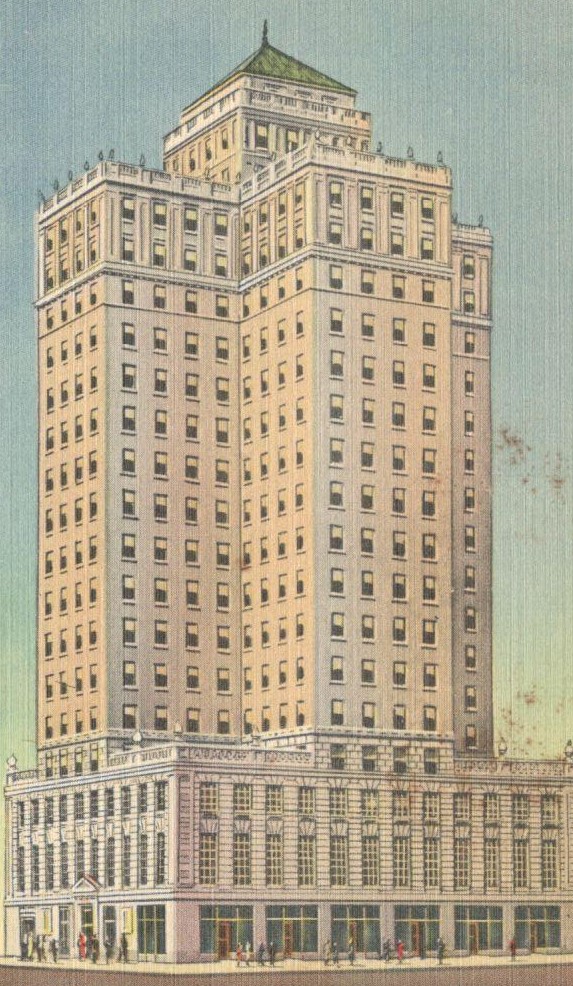 Next month Looking Back will visit the Scottish Rite Temple.

Email your responses about the Kanawha Valley Bank, or requests for locations you’d like Looking Back to visit to thewriter@mlynne.com.