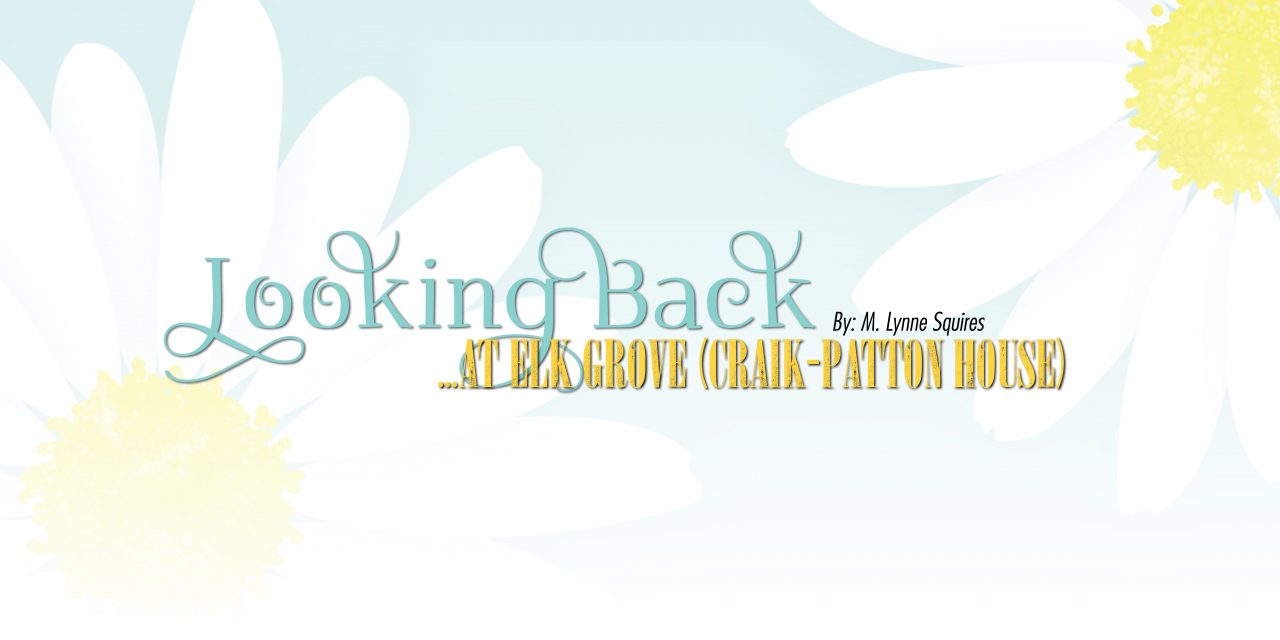 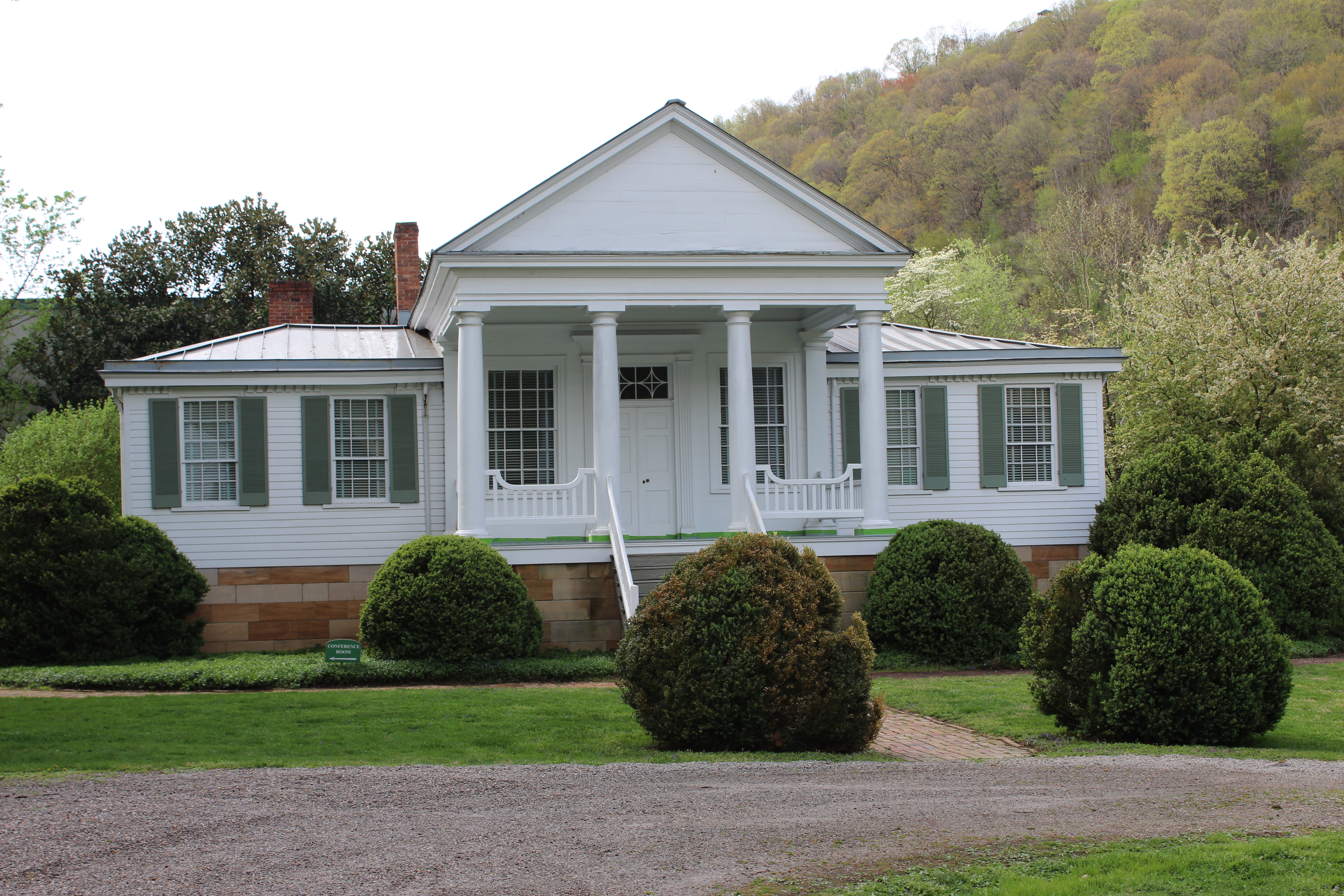 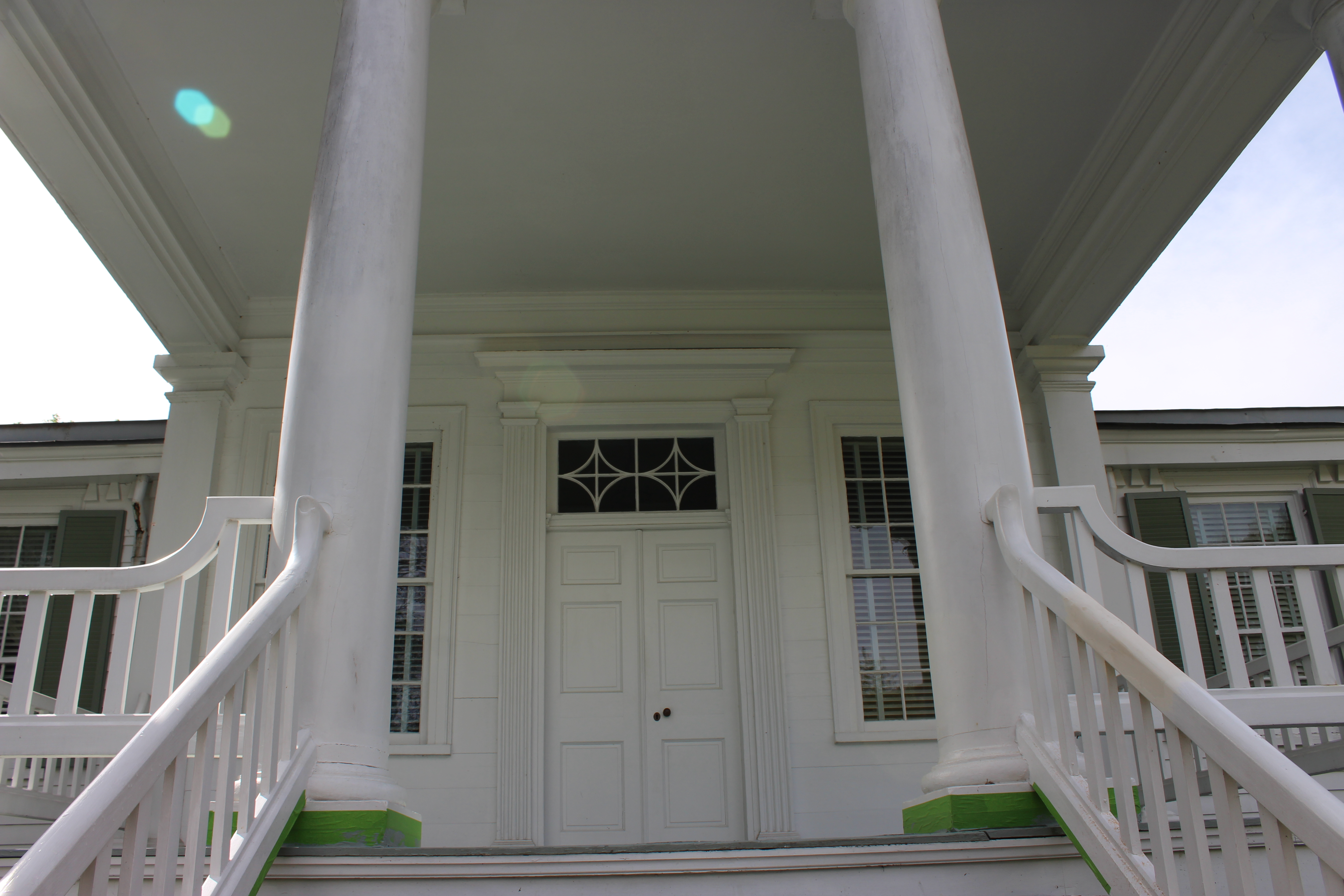 While log homes were the order of the day in the early 1800s, a Charleston attorney built a small, yet distinctive clapboard home on the east end of Virginia Street in 1834. The house, known as Elk Grove, was home to James Craik and his wife, Juliet Shrewsbury, a member of a prominent Charleston family. Craik had his own brush with famous figures of the time as he was the grandson and namesake of Washington’s family physician and close friend Dr. James Craik and the son of George Washington’s secretary. In 1839, Craik changed professions and became a clergyman. He pastored St. John’s Episcopal Church from 1839 to 1844 when he relocated to Louisville, Kentucky.

The home was sold to Isaac Read, and in turn, George Smith Patton and his wife Susan Glassell Patton purchased the house in 1856. An 1852 graduate of Virginia Military Institute, Patton came to Charleston to practice law. He organized a military-social group, the Kanawha Riflemen. The military drill team traded their green uniforms for the grey uniforms of the Confederate army, becoming Company H of the 22nd Virginia Infantry. He rose to the rank of colonel but was posthumously promoted to brigadier-general after being felled at a Winchester battle in 1864.

Patton and his wife’s son, George William Patton, was born in Charleston. He, in turn, was the father to George S. Patton Jr., the decorated General of the US Army during WW II.

The Craik-Patton house is most closely associated with classic Greek Revival architecture. The front portico is supported by four large columns, framing the narrow double front doors. The home is three sections with the center being higher than the side sections. The windows flanking the from doors have twelve over twelve panes, while the windows on the wings have nine over six panes. At the home’s original location, it sat on a higher foundation, similar to the present configuration.

When the house was moved in 1906 to make way for a street addition, the foundation placed the house much closer to the ground.

Other Charleston families owned the house through the years. Its gradual deterioration, combined with its location in a declining section of Lee Street garnered the attention of the National Society of Colonial Dames of America. In the 1960s, the organization spearheaded a drive to purchase and save the home from demolition.

In 1973, the house was divided into three sections and moved over two days to its present location at Daniel Boone Park on US Route 60. The picturesque setting places the house overlooking the Kanawha River. The cut-stone foundation returns the home closer to its original configuration. High stairs ascend to the front and rear entries.

The Craik-Patton House is listed on the National Register of Historic Places. Although the house originally sat on land owned by the City of Charleston, in the early 2000s, the city gave the property and buildings to the Craik-Patton Inc. The Ruffner Log house, another vital piece of the city’s history, sits adjacent to the Craik-Patton home. One of the earliest homes built in the Kanawha Valley, the log home predates the Craik-Patton house by nearly four decades.

Visitors enjoy a look at life in the 1900s. The rooms are replete with furniture, artwork, linens, glassware, dishes and more memorabilia representative of the home’s era. Guided tours of the Craik-Patton House are available, and the information is located at www.craikpattonhouse.org.

Looking Back takes a look at the history of the Kanawha Valley Bank building next month.

Email your responses about at Elk Grove (Craik-Patton House), or requests for locations you’d like Looking Back to visit to thewriter@mlynne.com.