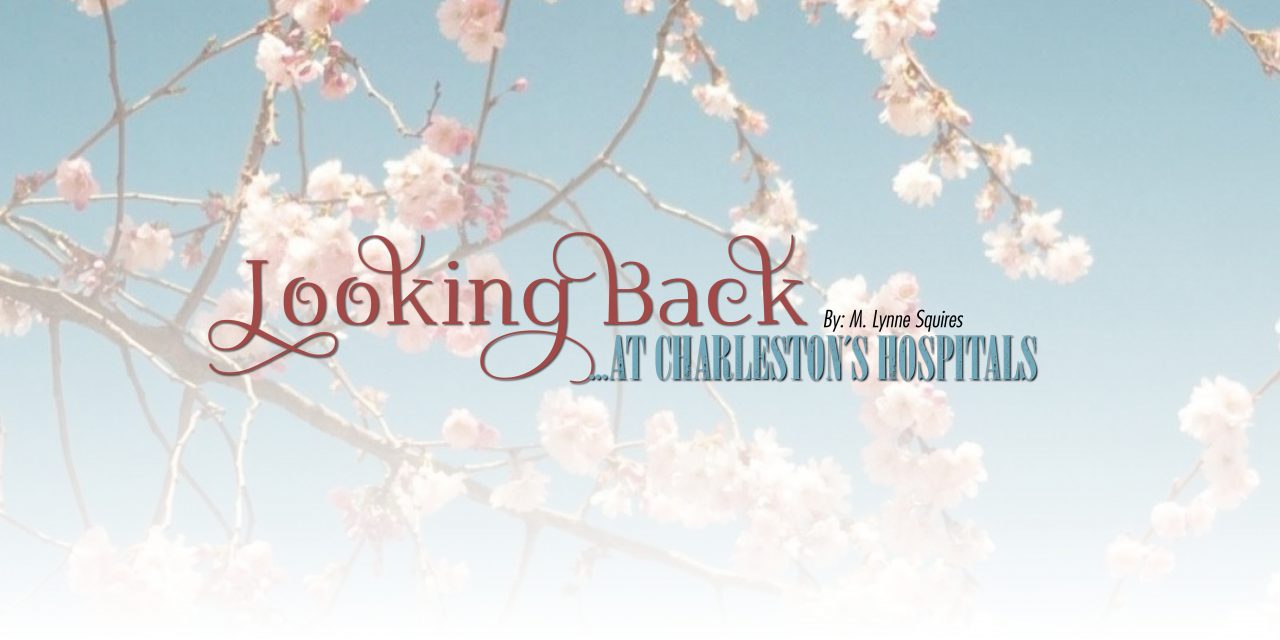 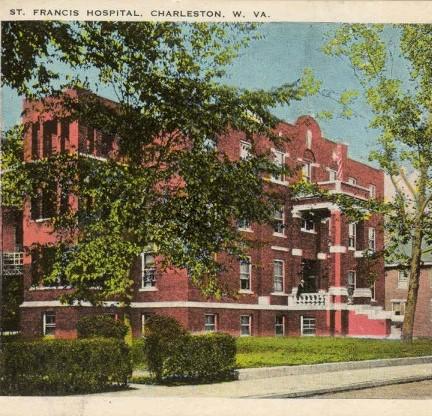 1904 – The Barber Sanatorium was constructed on Virginia Street by Dr. Timothy L. Barber Sr., a public health officer and smallpox doctor. In 1909, Dr. Hugh G. Nicholson leased the tiny 20-bed facility, adding a nursing school. In 1912, Dr. George A. MacQueen assumed the lease and changed the name to the Barber Sanatorium and Hospital.

1907– McMillan Hospital Dr. William A. McMillan developed his hospital in a frame house at the corner of Elmwood Avenue and Morris Street. McMillan Hospital was soon moved two blocks south into a modern structure. In 1971, McMillan became a part of Charleston General Hospital, and its buildings demolished in 1976.

1914 – St. Francis Hospital was founded by a WV Roman Catholic bishop. The Laidley estate on Laidley Street was purchased and renovations to create a hospital began. Franciscan Sisters from New York managed the hospital, which opened January 15, 1914, with about 30 beds. A larger hospital was built, opening on January 24, 1917, with 71 beds, operating rooms, x-ray machines, laboratories, and a chapel. St. Francis Nursing School was opened in 1915 and graduated hundreds of nurses until its closing in 1961.

After many renovations, additions, and the removal of the 1917 building, St. Francis grew into a medical complex offering hospital services and clinics. After changing owners three times, the hospital is owned by Thomas Health Systems.

1921 – Mountain State Hospital was founded by local physicians, a pharmacist, and the state attorney general who purchased a residence on Virginia Street. The 120-bed hospital had two operating rooms, a delivery room, and a nursing school. Mountain State merged with Charleston Memorial Hospital in 1969 and closed in 1971. It was used as a nursing home before closing in 1999. In 2005, the property was purchased by Eye and Ear Clinic and demolished for a parking lot.

1923 – Staats Hospital converted the second and third floor of a 4-story west side building into a 67-bed hospital. Staats took over the entire building in 1935. The hospital continued to serve the West Side and surrounding areas until the hospital closed in the early 1980s when St. Francis Hospital opened the St. Francis West Health Care facility and offices.

1951 – Charleston Memorial Hospital built as a 129-bed facility, but by 1974, the original plan of 440 beds and 58 bassinets was complete. It was constructed on the site of a former golf course in Kanawha City. Consolidation of two rivals, Charleston General and Charleston Memorial, was urged by physicians and staff. On January 1, 1972, Charleston Area Medical Center was born.

Next month, Looking Back explores the history of the Elm Grove house. Join us to learn what the home is known as today.

Email your responses about at Charleston Hospitals, or requests for locations you’d like Looking Back to visit to thewriter@mlynne.com.