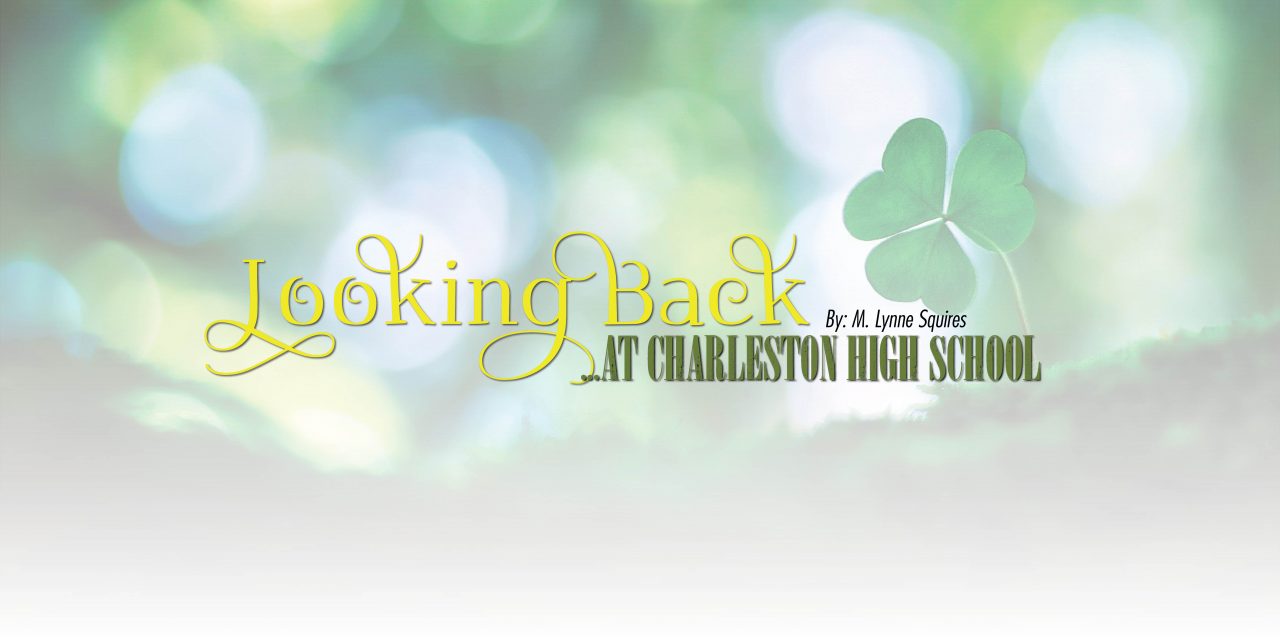 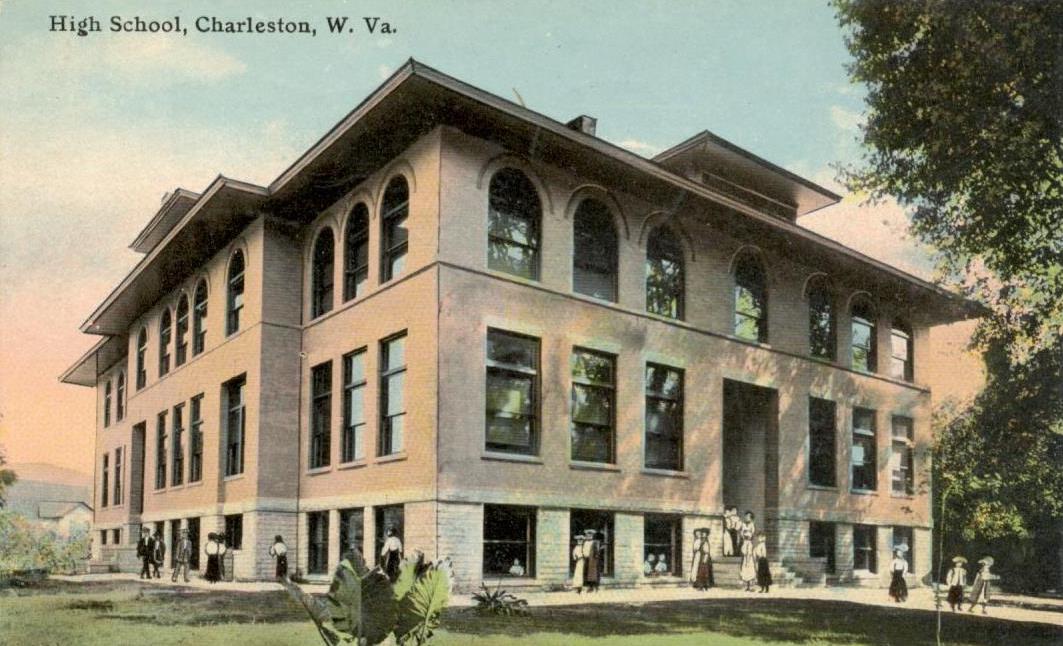 Many local people still fondly remember Charleston High School. They had a mountain lion mascot. Their colors of Old Gold and Blue were a standout at many ball games, parades, and the Kanawha County Majorette Festival. The festival saw CHS’s marching band named Festival Grand Champion in 1979. Seven of their majorettes were crowned Miss Kanawha Majorette. But ‘city’s school’ had a long history predating athletics, majorettes, and parades.

If you would have attended Charleston High School in 1926, you would have referred to it as ‘the big school.’ Before 1926, Charleston High School had several smaller homes. From 1876 to 1890, the city’s only high school, then called Kanawha County High School, was housed in a building called Union School. The first graduating class in 1879 consisted of only two women. Not too surprising considering the entire school only had 28 people: 1 principal, two teachers, and 25 students.

In 1904, Kanawha County High School became Charleston High School. The first building constructed for the growing school was on Quarrier Street near Broad Street. That building was later to become Mercer Elementary School. The first year in the new building there were 172 students, seven teachers, and 20 were graduated.

Charleston High School moved once again to its new location on the corner of Morris and Quarrier street. That location became Thomas Jefferson Junior High School when the third school was constructed for Charleston High School. Only three blocks from the new high school, the junior high students would walk there for lunch in the new cafeteria.

In 1926, when the enrollment far exceeded the bounds of the Quarrier Street location, the ‘big school’ was opened. Bounded by Washington Street East, Brooks Street, and Lee Street, it was directly across from what is now the CAMC General Division Emergency room entrance.

The first year there were 45 teachers and 924 students. In a building designed to accommodate 1600 students, the enrollment quickly grew to that number and beyond. Before the construction in the 1940’s of Stonewall Jackson High School on the city’s west side, Charleston High School’s enrollment swelled to nearly 3000 students.

In 1965, the construction of George Washington High school began. Due to the huge enrollment, students from South Hills and Loudendale, who would move to GWHS upon its completion, attended classes at Charleston High School in the afternoon hours. CHS students attended from 8:00 am until noon. Graduation that year saw 594 students walk across the stage to get their diploma.

The largest graduating class from Charleston High School was in 1939. That year 601 students received diplomas.

Locations were decided on and then changed for various reasons. New names were debated at length. Concerns ran high over whether the students from the two schools would merge without fights. Finally, in 1989, the new high school opened without incident. Christened Capitol High School, its opening marked the end of Charleston High School.

Charleston High School fell to the wrecking ball, being demolished in 1989.

Next month, Looking Back will visit Charleston’s assortment of hospitals throughout the years.

Next month, Looking Back will visit Charleston’s assortment of hospitals throughout the years.

Email your responses about at Charleston High School, or requests for locations you’d like Looking Back to visit to thewriter@mlynne.com.