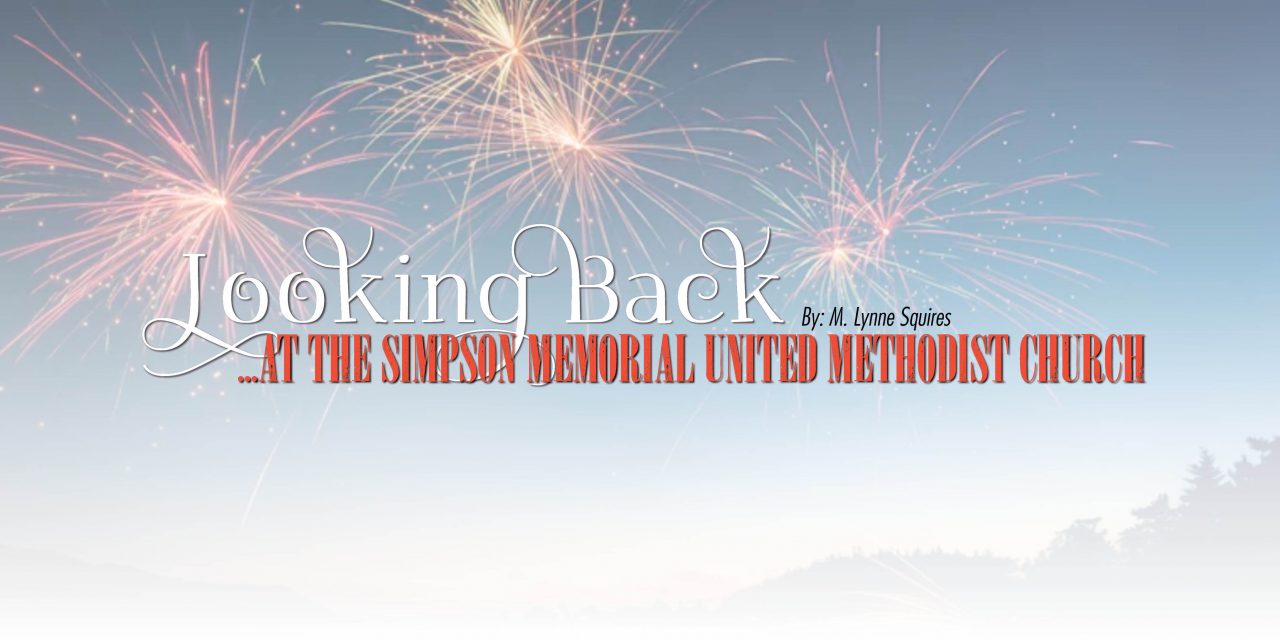 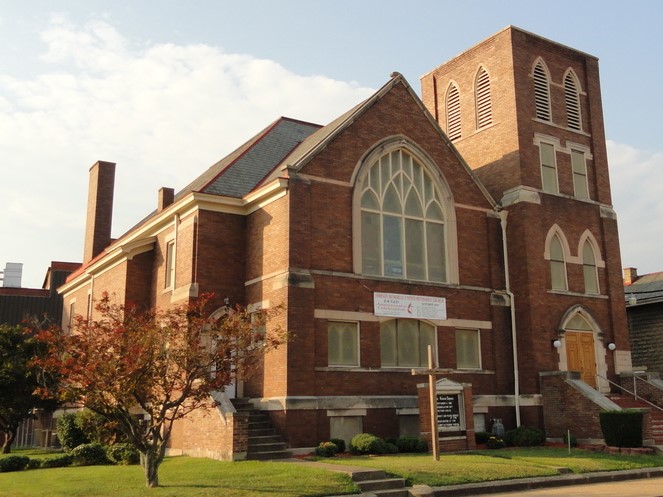 As the Civil War was ending, a church, known today as the Simpson Memorial United Methodist Church, was just beginning in Charleston.

In 1864, the Washington Conference of the Methodist Church was organized, just one year before the Simpson group began worship services.  The first minister was sent by the Washington Conference in 1866, the Reverend C.O. Fisher. The congregation had been worshiping in the church basement of Asbury Methodist. Around 1869 the congregation moved into a downtown building on Quarrier Street near Capitol Street.

By 1870, the growing congregation led the church officials to purchase property and build a frame structure near the corner of Quarrier and Dickinson Streets. In January 1887, this third church home of Simpson was destroyed by fire. Rebuilding began immediately on the same site and was completed in 1888, and the church was officially named Simpson Methodist Episcopal Church. The congregation continued to worship there until the building and lot were sold. Proceeds from the sale were used to purchase the lot at 607 Shrewsbury, were the present church still sits.

In 1914, construction began on the current building. The late Gothic Revival structure was designed by architect David Dick, who also designed the Nicholas County Courthouse. Brick with a slate roof, the church sits at the north end of Shrewsbury Street in a historic African-American neighborhood near the business center of Charleston. The nearly square building is on a high foundation, with a steeply pitched hipped roof with platform and 4-story square bell tower. The tower originally had a decorative stone parapet and corner finials. The loss of these, while unfortunate, in no way reduces the stately appearance of the structure. Red brickwork and limestone banding provide distinctive exterior details. A limestone cornerstone to the right of the entrance double door contains the inscription “Simpson Memorial Methodist Episcopal Church” and the dates 1866, 1887, and 1914.

The church’s large sanctuary features Gothic styled stained-glass windows that flood the sanctuary with light. The eastern window was damaged by a fire in 1988, was replaced with a nearly exact copy depicting Jesus with the flock. The north window portrays Jesus in the garden.

Simpson not only survived, but thrived during the segregation years of both church and state. At one time the membership swelled to 700 members, serving the burgeoning African-American community in Charleston. When the present church was being built in 1914, Simpson was an integral part of the Charleston residential neighborhood in and around the downtown area. Brick-paved Shrewsbury Street was a main artery in downtown Charleston, and the church was central to many businesses and homes of its’ parishioners.

During the 1960s and 1970s the population of the neighborhood changed due to inner city housing developments, population shifts, and urban development, resulting in less of a concentrated presence of the African-American community in close proximity to Simpson. Businesses closed or relocated. Homes were razed for new developments. In spite of this, today, the church maintains cultural traditions of the community begun nearly 150 years ago.

The Simpson Memorial United Methodist Church building remains a prominent historical structure in downtown Charleston. The foundation remains solid, both for the building, and the parishioners.

In August, Looking Back remembers the Greyhound Bus Station on Summers Street in Charleston.

Email your responses about the Simpson Memorial United Methodist Church, or requests for locations you’d like Looking Back to visit to thewriter@mlynne.com.