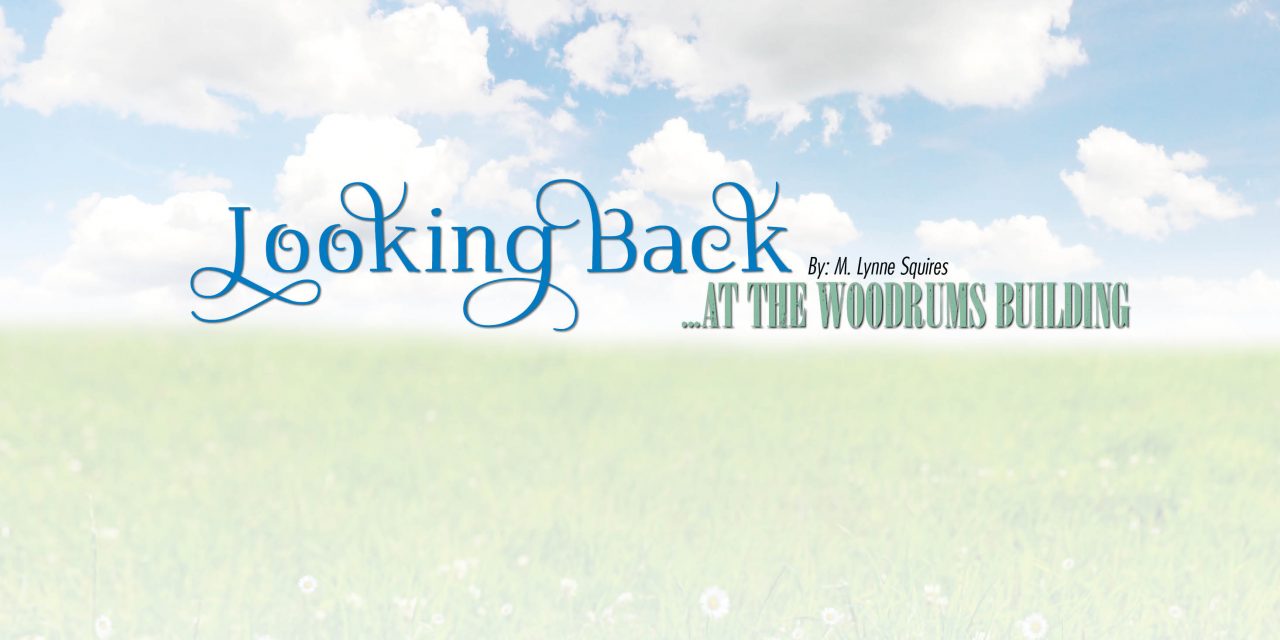 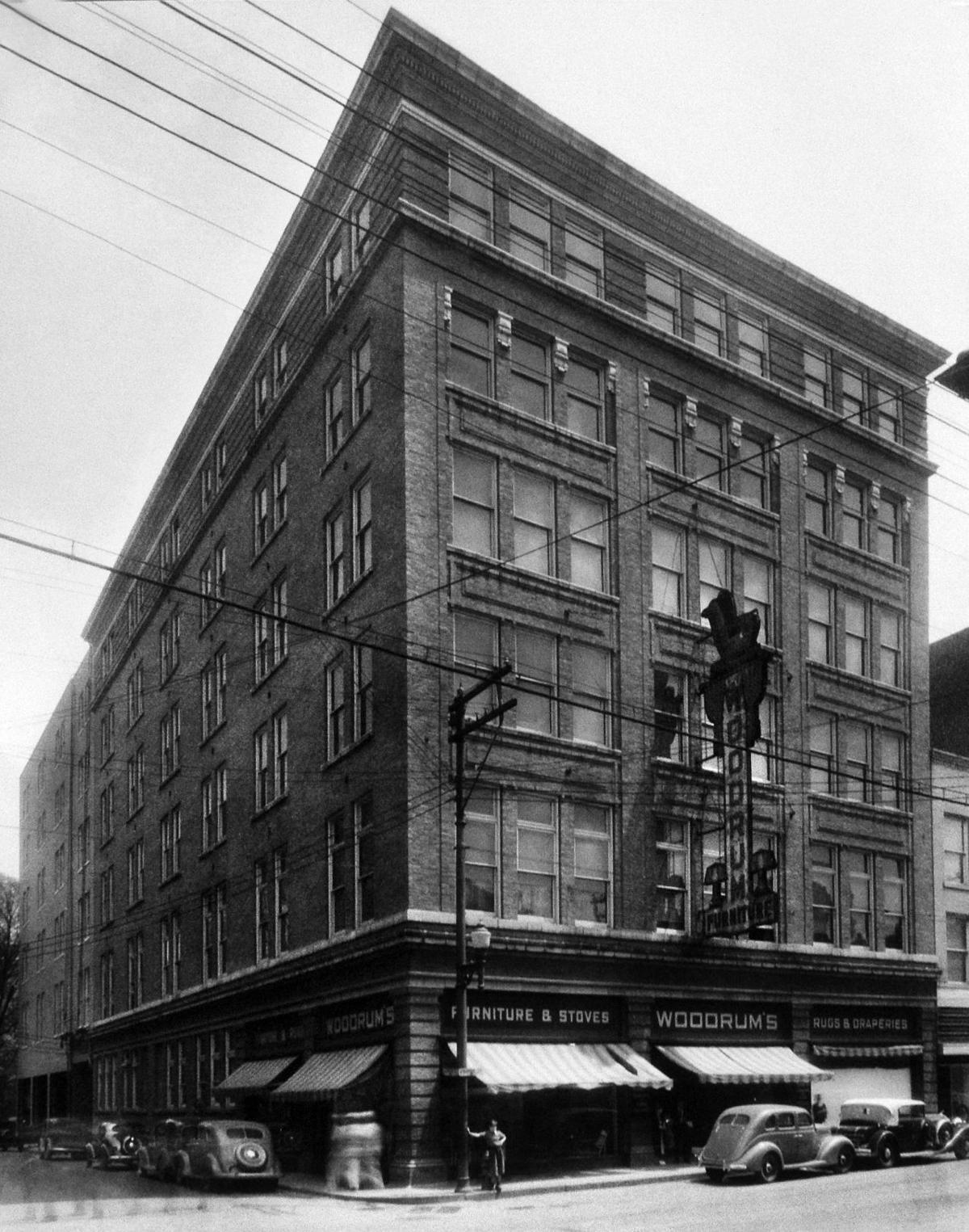 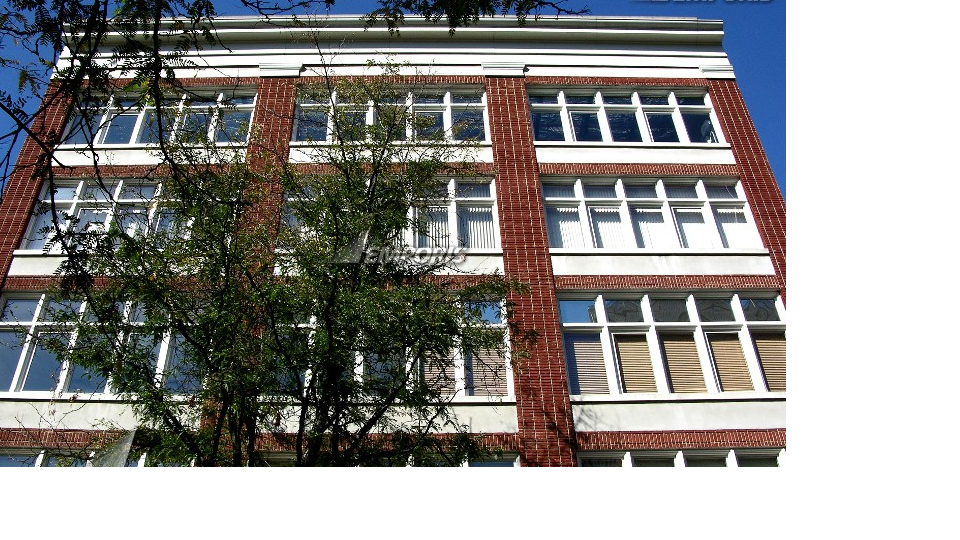 Long before there were particle board desks, box store chests of drawers, or IKEA, there was an establishment that set the bar for the discerning household. Woodrum’s was the largest purveyor of fine furnishings in Charleston from 1916 until the 1980’s. Six floors were filled with beautiful displays of furniture and appliances, knickknacks and gadgets, and a well-versed sales staff to attend to a shopper’s every need.

C. Everett Woodrum began as a clerk for the Prindle Furniture Company, a Huntington-based company owned by two Prindle brothers. As the success of their store grew, they expanded into Charleston, where the young Woodrum clerked. Everett left Prindle and opened Woodrum’s Home Outfitting Company, partnering with his brother John Woodrum, Jr. Their modest 25 by 50 foot store on Kanawha Street flourished. By June 19, 1916 Woodrum’s had moved into their new, six story retail showplace on the corner of Virginia Street and Alderson Street (now Laidley Street).

Built by H. B. Agsten, Sr., the building has been heralded as one of the finest examples of Commercial Style architecture in the country. The buildings simple lines and overall lack of ornamentation stood in stark contrast to earlier business structures. The Woodrum’s Building lacked the profusive adornment of cornices, plasterwork and other ornate Victorian and Edwardian treatments. Other buildings in the same style and from relatively the same era still stand in Charleston. The Woodrum’s Building successfully transitioned from home furnishings to housing different occupants over the years, in part owing to it’s simple classic and mutable style.

Woodrum’s furnished both homes and businesses throughout the Kanawha Valley.  There were other furniture stores in Charleston, namely the Hadley Company, nearby at 606 Virginia Street East, and the Prindle Furniture Company at 209 Capitol Street. Boll Furniture opened in 1937, following the successful model of Woodrum’s. During it’s heyday between 1916 and 1945, Woodrum’s was notably the largest and most successful. From the humble beginnings sprang a retail giant, boasting over 80,000 square feet of showroom, and 50,000 square feet of warehouse space within a 30-year span.

Employees in 1911 numbered around a dozen with three delivery wagons. During the 1930’s and 1940’s the staff swelled to over 100 employees. Woodrum’s established itself as a ‘home outfitting store’ and provided a large array of products and services. In addition to furnishings, they offered upholstering, custom curtain making, carpet installation, and a needlearts department, among others. These services required a large staff, numbering 50 to 100 during the 1930s and ‘40s. For a time after the stores closing, Woodrum’s’ former employees met on an annual basis.

In 1937, a 50,000 square foot addition to the rear of the building was completed which doubled the retail space. The original structure sits above a full basement, and the addition has a half basement. With this addition, Woodrum’s became the largest furniture store in the Southern United States. A ‘Grand Reopening’ occurred on September 29, 1937. The Charleston newspaper declared ‘Throngs Attend Woodrum Event’ and stating it was the ‘most beautifully arranged furniture store in the entire southland.’ Over 5,000 people came to see the new displays on the reopening day festivities.

The business prospered until the early 1970’s and the decline of the fine furniture market.  Local businessman Fred Haddad, of Heck’s Inc, purchased and maintained the business until the early 1980’s.. After the business closed for good, and the stock was liquidated, a number of other concerns occupied the Woodrum’s Building. Among them were Galperin Music, and Acordia National Insurance. Today the display windows boast an array of beautiful wedding gowns

Email your responses about the Woodrum’s Building, or requests for locations you’d like Looking Back to visit to thewriter@mlynne.com.