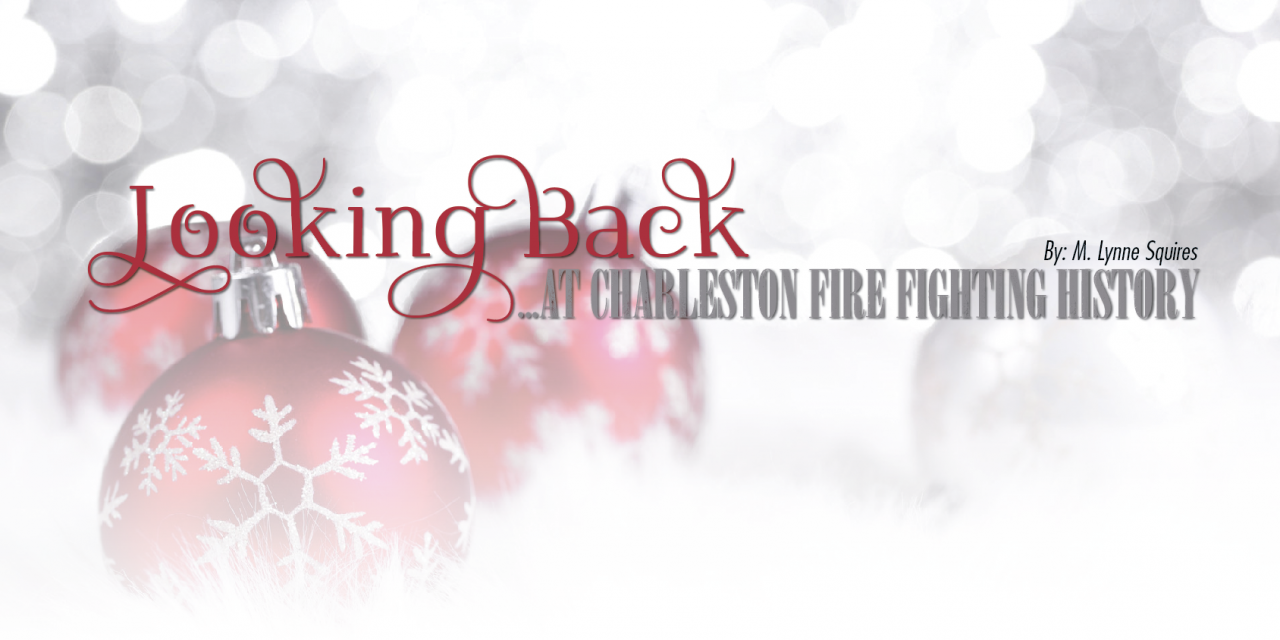 Today, Charleston has eight fire stations and with over 170 paid firefighters and rescue professionals. They protect over 200,000 people within the Charleston city limits, and further throughout the greater Kanawha Valley. The eight stations encompass engine companies, a ladder company, one rescue unit and four ambulance units. They also have building collapse and hazardous materials units. But 172 years ago, things were a bit different.

In 1845, the first firefighting group was assembled in Charleston. Headquartered on Quarrier Street, the fire company boasted a handful of volunteers and two hand pump wagons. The wagons were situated near a water source and manually pump water to extinguish a fire. The firemen were called out for a fire by someone raised the alarm via a large metal triangle struck with a hammer.

By 1872, the Steam Fire Engine Company No. 1 had drafted and published a booklet of their by-laws and constitution. Among the rules were uniform standards. The firemen were to wear black fireman’s hat, red flannel shirt trimmed in black velvet at the collar and cuffs, and on the chest, a black velvet heart with a red ‘No.1’ in the center. They were fined for missing meeting and fire calls, ten cents and twenty-five cents respectively. Amusingly, it was against the regulations for firemen to throw water on each other. The official name of the department was the Kanawha Steam Fire Engine and Hose Company.

Charleston built the first fire hydrant system in 1886. Previously, the fire department relied on the Kanawha River, Elk River and cisterns located in various parts of the city for water to extinguish fires. By 1893, the city instituted a paid, rather than volunteer, fire department. The first paid fire department in Charleston consisted of three men, a Silsby engine, a team of horses and fifteen alarm boxes. Tragically, in 1906 the Charleston Fire Department has its first line of duty death when a fireman was responding to a fire when the engine and horse was hit by a street car killing him.

Equipment for Charleston’s firefighters evolved over the years. Upgrading from the first hand pump wagons, Charleston Mayor John P. Hale personally purchased an ultra-modern Silsby fire engine and presented it to the city. Weighing over three tons, horses were used to pull the apparatus to fires, giving birth to the first horse drawn company in Charleston. In 1902, motorized engines began to replace the horse drawn ones.

In 1908, the Charleston Fire Departments purchased two steam pumpers, the Kanawha and the Continental. They remained in service throughout the 1920’s, then the Continental was sold for scrap metal during World War II. The Kanawha was retained and was displayed in the Charleston Civic Center lobby. By 1923, the last response to a fire by a horse drawn apparatus in Charleston is made.

Fires of note in Charleston’s early history include:

• 1936 – The Fleetwood Hotel fire was one of the largest early fires in the city resulting in damages estimated at over $300,000.

• 1949 – The Woolworth building on Capitol Street was reported on national news as the worst fire in US history, with seven firemen dying in the inferno. Two of the firefighter victims were African American. The tragic irony was that at that time, they would not have even been allowed to sit at the luncheon counter and eat at Woolworth, but lost their lives attempting to save the building.

Next month, Looking Back takes you to Fort Scammon, a Civil War site in Charleston. 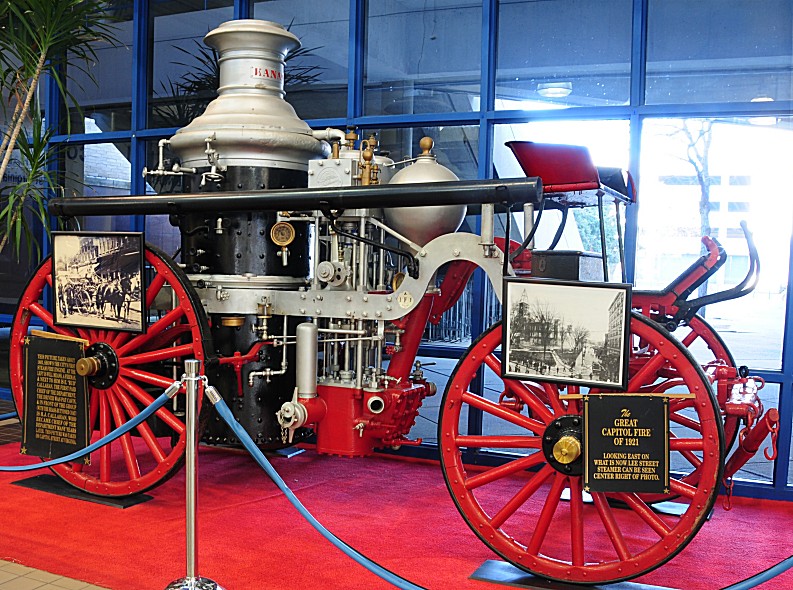 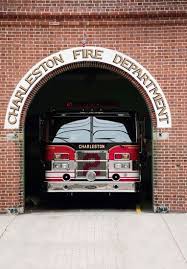 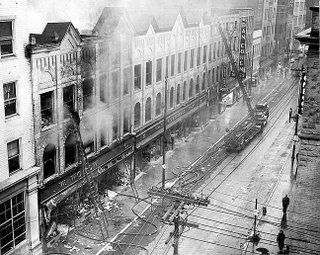