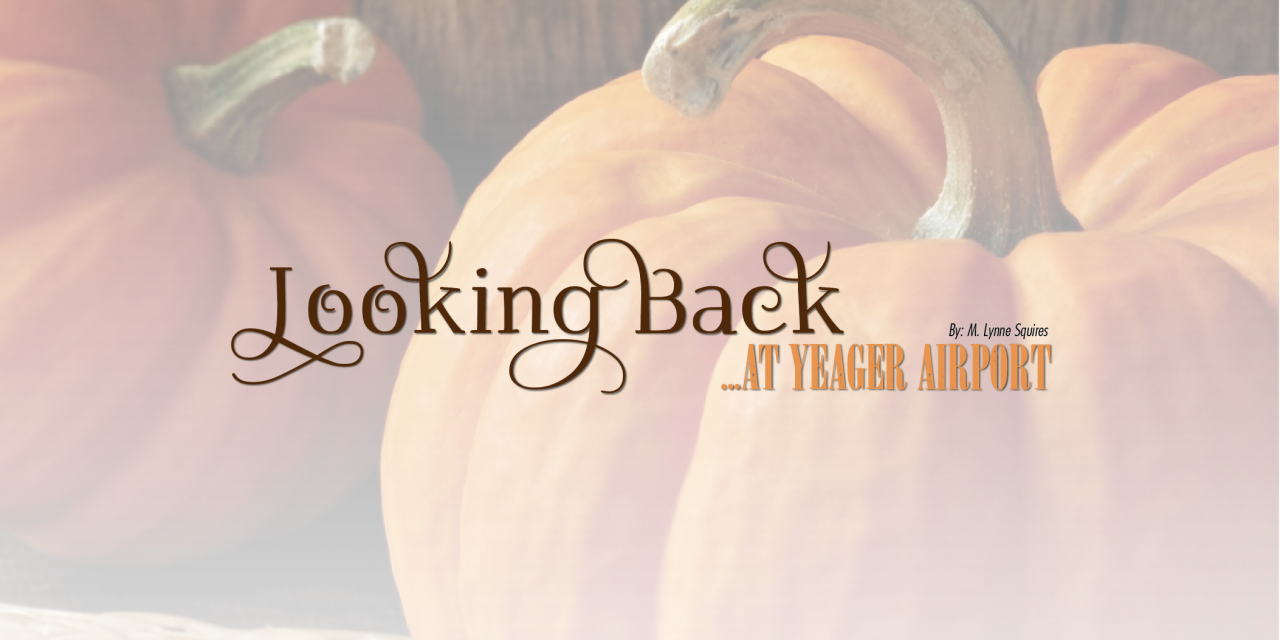 Once upon a time, the Charleston Airport wasn’t in Charleston at all, but rather six miles downriver. Located in Institute, Wertz Field was purchased by the City of Charleston in 1929. By 1930, Charleston didn’t have the funds to develop and operate the field, so a group of businessmen formed West Virginia Airways, Inc. They operated Wertz Field for twelve years.

By 1937, bigger planes were being put into service by various airlines, and Wertz Field was beginning to show signs of being inadequate to handle the larger airplanes. When American Airlines notified the City of Charleston it was going to discontinue service into Charleston, flight enthusiasts pleaded with the airline to continue service, but using the smaller DC-2 planes.

At Wertz Field, the runway approaches were blocked by the erection of the government’s synthetic rubber plants. During the war years, the plants were the nation’s largest producer of synthetic rubber. There was no other room for expansion. On May 12, 1942, after 12 years of operation, Wertz Field was closed, leaving Charleston with no airport.

The threat of possibly losing air service was the eye opener for city officials, and a committee was appointed to search for a suitable location to construct a new, larger airport. The closure of Wertz Field brought pressure on the committee to find suitable land. The committee spent the balance of 1938 searching on foot, by car and by pouring over topographical maps for a new airport location. The conclusion was this: there was simply no suitable land mass on the valley floor to accommodate an airport.

The committee did bring an alternate solution to the table: build on the hilltops. An area known as Coonskin Ridge was designated as the most suitable spot. Potential funding sources were sought. The City of Charleston wasn’t able to provide adequate funding, so the County Court of Kanawha County agreed the county would take over the project from the city. The County Court proceeded, through both negotiation and condemnation, to gain the title to the Coonskin Ridge area. 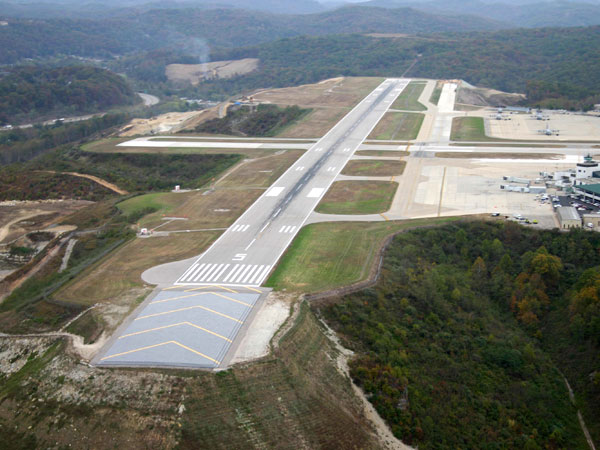 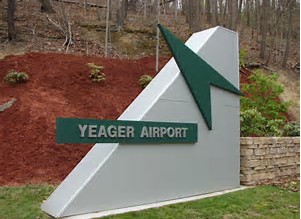 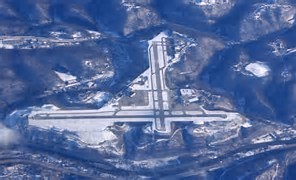 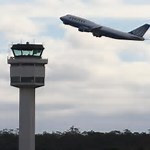 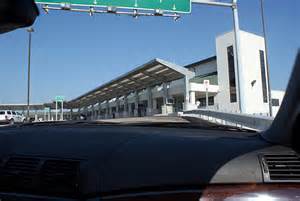 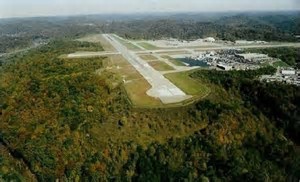 The Coonskin Ridge area was nearly 800 acres, with 280 acres of usable land. Ground was broken on October 14, 1944, and the dedication of the new facility was November 3, 1947. President Truman’s plane, the “Independence,” landed at the airport for the ceremony, which was attended by the presidents of all the participating airlines. The event was attended by an estimated ten thousand people, who braved driving rain to see the ribbon cutting.

The Charleston and Stonewall Jackson high school bands played The Star Spangled Banner, an invocation was pronounced by Dr. Leonard Riggleman president of Morris Harvey college.  Gov. Meadows said in his speech during the ceremony, “The very heart of West Virginia is now open to the people of the world. We have become a neighbor and a potential market place to every part of the world.”

The first commercial services began December 1, with ten daily scheduled flights. Earlier in the same year, the 167th Fighter Squadron of the West Virginia National Guard, was established and activated.

The actual construction of the airport was studied by groups from all around the globe. The earth moving processes employed utilized the most modern techniques. Nine million cubic yards of dirt was moved during the course of ground preparation. The grading alone cost $4.5 million, or 34 times the cost of the site itself.

In all, 360 acres of land was cleared. A pipeline was installed up the mountain that carried the 2,500 gallons of diesel fuel needed every day to run over 200 pieces of equipment. The access road curling up the mountainside to Kanawha Airport was constructed by the State Road Commission. Over 300,000 cubic yards of earth was removed in the grading of the road.

The airport opened as Kanawha Airport in 1947, and was renamed in 1985, honoring then-Brigadier General Chuck Yeager, a native of Lincoln County who piloted the world’s first supersonic flight.  The first terminal was built in 1950, a mid-century design by Tucker & Silling. A terminal renovation by L. Robert Kimball and Associates was completed in 2001.

Next month we will look back at Charleston’s fire station history.

Email your responses about the Yeager Airport, or requests for locations you’d like Looking Back to visit to thewriter@mlynne.com.