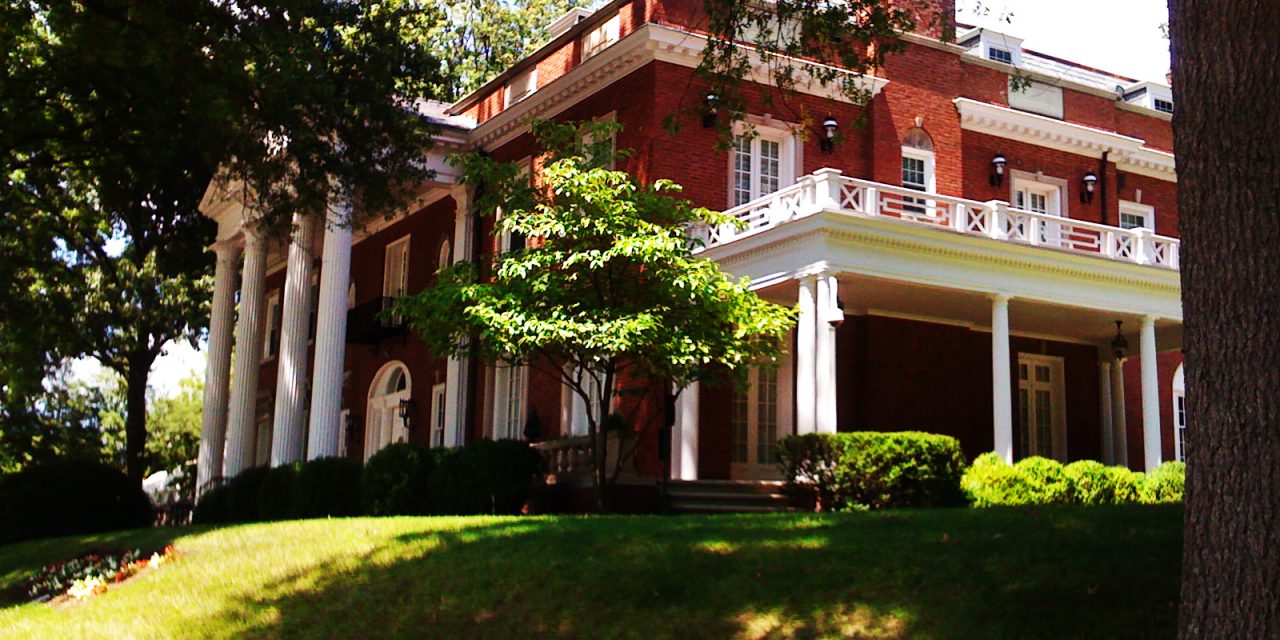 The West Virginia Executive Mansion, or Governor’s Mansion, is part of the State Capitol Complex in Charleston’s historic East End. Ephraim F. Morgan, the state’s governor from 1921 to 1925, was the first to occupy the new mansion. He lived there a mere seven days before moving out. His term expired, but he went in the history books as the mansion’s first occupant.

As plans to build a new capitol were being discussed in 1921, a permanent residence to house the state’s governor and family was also considered. Before the construction of the mansion, West Virginia’s governors had to house themselves.  The land for the present day executive mansion was purchased on July 7, 1921. At the time, the decision of where to build the new capitol had not yet been decided. The Capitol Building Commission would decide to erect the new capitol only a block from from the proposed state house location.

The mansion was built in 1924-1925 under the supervision of architect Walter F. Martens. Martens was not certain he would be considered, but was chosen nonetheless to draw up and present plans for the structure. He consulted with capitol architect Cass Gilbert, and presented his sketches for the Georgian Colonial edifice that is today the West Virginia Executive Mansion.

The West Virginia Executive Mansion is clad in red Harvard colonial brick laid in Flemish bond with black headers. The Georgian Colonial building’s entrance is a central, two-story portico supported by six Corinthian columns, ornately decorated with acanthus leaves.  The arched entranceway, frames a delicate fanlight above the door. On either side of the home are porches surrounded by a low balustrade and rows of columns which rise to support a flat roof onto which several second floor rooms open. The porch to the east is open, while the one to the west is enclosed. A single story entranceway at the rear balances the central, front portico. A bracketed cornice circles the house above the second floor, and third floor dormers adorn the slate-shingled mansard roof. The third story was not included when the mansion was initially built. The original plans called for it and it was added in 1946. Until then, the building was capped above the second floor with a flat tin roof.

Entering through the main portico, visitors are immediately struck by the checkered black Belgian and white Tennessee marble floor. The lovely foyer floor is flanked by dual Georgian staircases, a design inspired by architectural studies of the White House. The main floor also houses the elegantly designed and furnished drawing room, ballroom, a State dining room, a sitting room and the library. Eight bedrooms and four baths, including the Governor’s private family quarters are located on the second floor, and the third floor contains two additional bedrooms.

The mansion has been redecorated several times since its construction, in 1937 and 1958 and also in more recent years. The close proximity to the Capitol building is softened by the attention to the surrounding landscaping and old growth trees on the grounds. Recently, a wrought iron fence circumventing the home was installed for security reasons. The fence design perfectly complements the homes architectural style.

The stately mansion has welcomed many visitors throughout the years. Business leaders, heads of state, national and global dignitaries, and ambassadors have enjoyed West Virginia hospitality within its walls. Most importantly, the mansion welcomes the residents of mountain state to visit. Tours are available, but be sure to call ahead to schedule. 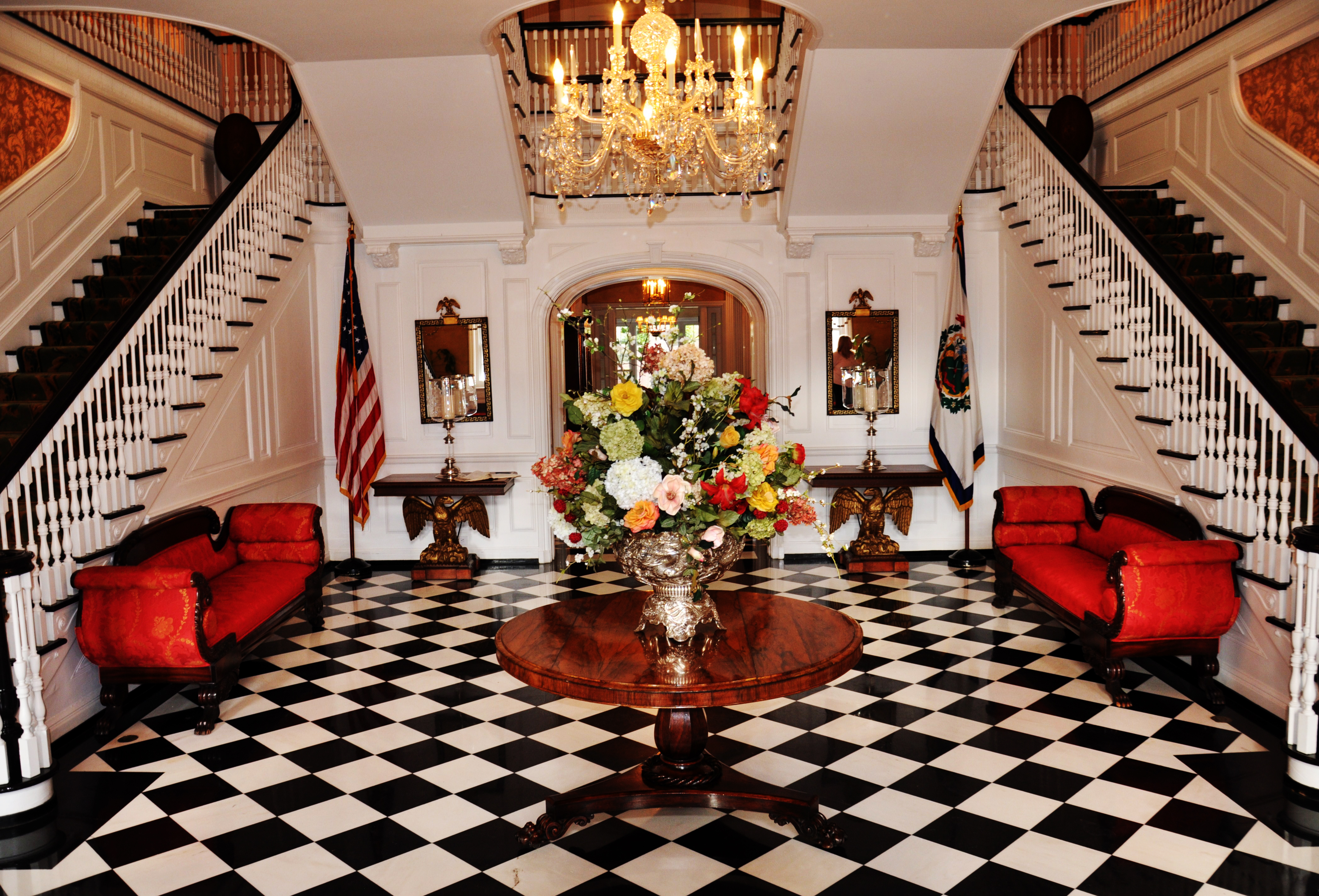