Looking back …at the glenwood mansion 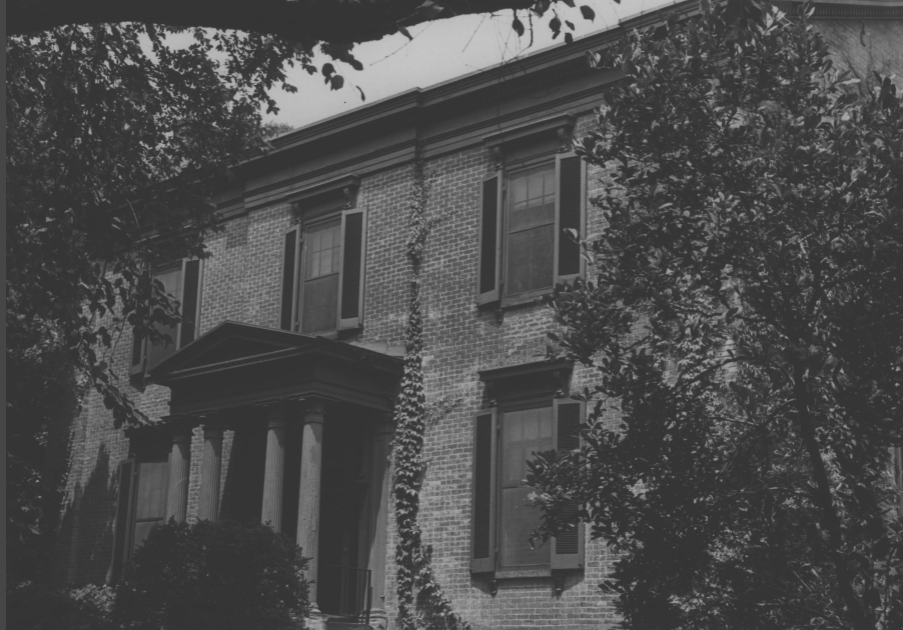 The Glenwood mansion is one of the oldest, and perhaps best preserved homes in the Kanawha Valley. Located on Orchard Street and Park Avenue, high up on the west side hill, the home originally was surrounded by vast acreage and accessed by a winding road, Parkersburg Turnpike, which is now West Washington Street.

James Madison Laidley was a prominent banker, lawyer, newspaper founder and editor, and was involved in salt manufacturing. He also was the owner of Glenwood mansion on Charleston’s west side. He bought 366 acres from George Washington’s sister’s granddaughter and named the acreage Glenwood. He chose Glenwood because of its location near a rocky glen carved out by a stream that tumbled down to the base of the mountain, following a path that is now Mathews Avenue. The name of the estate was carried on by the naming of Glenwood Avenue and Glenwood School.

One of only a handful of original plantations on the west side of the Elk River, Glenwood is a two-story, gable roofed brick home in the Greek Revival style.  Commissioned to be built in 1852 by English immigrant builder and stonemason William Preston, the home was constructed of local materials including both black and white walnut timber from the vast estate, bricks fired locally, and sandstone quarried near the house. The sandstone was used extensively, including the front steps and a section of the basement cellar which is cut from solid sandstone.

The outer walls are eighteen inches thick and the interior walls are fourteen inches thick. The large main rooms are each twenty feet square. The windows rise nearly to the twelve foot ceiling height beginning above the eleven inch tall baseboards. The home’s wood interior includes random-width pine flooring, solid walnut doors and poplar window casings. The single story portico, as well as the windows and other design treatments are finely detailed, and remain intact today.

In 1857, Laidley sold the home to Judge George W. Summers. Summers served in the Virginia Legislature in 1830-31 and 1834-35. In 1852, he was elected Judge of the 18th circuit court where he presided for six years. Later, he devoted himself to his legal practice and maintaining Glenwood, the family home. His wife, Amacetta Laidley Summers, died in 1867. Upon the patriarch Summer’s death in 1868, the house passed on to his surviving heir Lewis Summers II, named for his late brother.

The home stayed in the family, and in 1954 was restored for Lucy and Elizabeth Quarrier, descendants of the late judge. The restoration was undertaken with the goal of maintaining as much of the original workmanship as possible. The front door’s side and top glass transoms saw the addition of new glass, made by Blenko Glass in Milton, West Virginia. The main house, and the smaller house to the rear, remain in excellent condition today, with much of the artwork and furnishings from the 1800’s still in place.

Glenwood was added to the National Register of Historic Places in 1978. Now owned by the Historic Glenwood Foundation, Inc., the home is no longer a residence and closed to the public. The foundation is a 501(c)3 non-profit organization dedicated to the preservation and interpretation of Glenwood, seeking to “accomplish its mission by preserving, interpreting, collection, and performing, facilitation or sponsoring research relating to the property and its occupants.”

From time to time events and tours are held at Glenwood, giving today’s generation an opportunity to glimpse into Charleston’s past.

Next month, Looking Back will profile the Basilica of the Co-Cathedral of  the Sacred Heart in downtown Charleston. 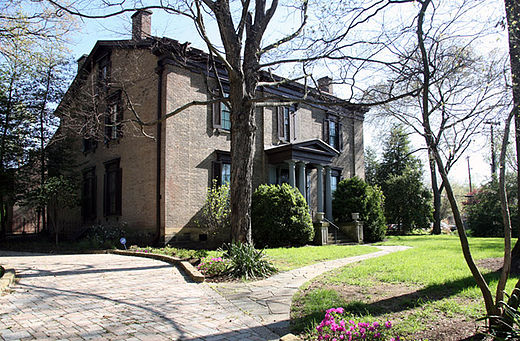 M. Lynne Squires is the author of the award-winning book “Letters to My Son – Reflections of Urban Appalachia at Mid-Century”. Lynne’s blog, The View from My Cup, is found at www.mlynne.com.

Email your responses about Glenwood Mansion, or requests for locations you’d like Looking Back to visit to mailto:thewriter@mlynne.com.